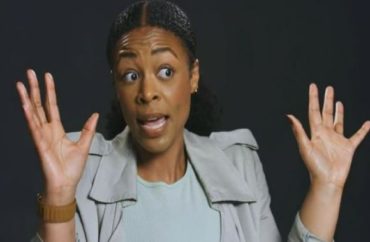 A Boston University professor recently said the concept of property is “racist” … because blacks “historically have been property.”

Sociology and African American studies Professor Saida Grundy made the claim in a university Twitter thread regarding the second anniversary of George Floyd’s killing, WWMT reports.

“If we’re going to talk about George Floyd and really understand it, then we need to understand community reactions to it,” Grundy said. “And we often hear politicians, we hear civic leaders from inside Black communities and from outside of them as well… we hear President Biden say, ‘Y’know I understand your frustration, but don’t destroy property.’

“Well, when you say that to Black people, who historically have been property, one of our greatest weapons was the looting of ourselves as property from the system of slavery. And what we see in communities is they are reacting to the very racism of what we call property.”

“I think it's very important for people who see reactions in communities not to judge or make assumptions about what is good and not good reactions. And not actually re-victimize communities by saying there's an acceptable and not acceptable way to react.”— @BU_CAS's Saida Grundy pic.twitter.com/FK85qVF3Xf

Grundy continued: “I think it’s really important for people who see reactions of communities to not judge and to not make assumptions about what is good and not good reactions and not actually re-victimize communities by saying there’s an acceptable and a not acceptable way to react. Listen to them, and then we can say what these communities need.”

Grundy is no stranger to controversy; in 2015 she referred to St. Patrick’s Day as “white people’s Kwanzaa” and claimed slavery was a uniquely European “thing.” She also called white college males the “problem population” and belittled a (white) rape victim on social media.

Grundy ended up explaining her “indelicate” comments by claiming she is “personally passionate” about the topics.