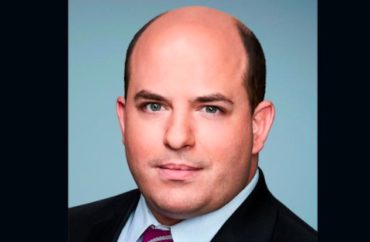 As the saying goes, “some things will never change” and one of them is CNN’s Brian Stelter and his obsession with our last president.

Fox News reports that during an appearance at Lehigh University last week, Stelter told the audience that his network and others had to become more openly partisan in the name of … protecting democracy. Seriously.

Just what “anti-democracy positions” Donald Trump held, promoted and implemented Stelter didn’t say. He also didn’t say anything about the alleged “truth” and “decency” about his network’s constant coverage of the 45th president’s supposed collusion with Russia and how that helped propel him to the White House.

…about the responsibility of the media and how the infusion of politics into public health has made it challenging. I love seeing how these students are beginning to engage with such dynamic experts!@lehighu @cnn @brianstelter @cnnreliable pic.twitter.com/hUBoEs4pNq

Now that there are all these attacks on free press, and quite honestly attacks many times on the actual truth, have you had to change your stance in that now you kind of need to take a stance, and give an opinion? … That maybe three, four years ago, you would have said, ‘I’m not going there.'”

Laughably, the title of the session was “The Importance of Public Trust in the Press.”

Stelter, whose CNN show “Reliable Sources” often targets conservative media such as Fox News, also lamented the rise of what he dubs the “alternative media structure.”

“We have two medias. We have two countries, two medias,” Stelter said. “We have a mainstream media, you know all the brands […] and we have this alternative media structure in the country … We have these two medias in one, and it creates a very, I think, confusing environment for the public.”

Indeed, imagine how confused — not to mention extremely worried — Stelter’s audience must have been in 2019 when he invited Duke University’s Allen Frances on his show to tell viewers President Trump ultimately could be responsible for “many more million deaths” than … Hitler, Stalin, and Mao.

MORE: Journalist trashes her J-school b/c it told her not to show bias on social media