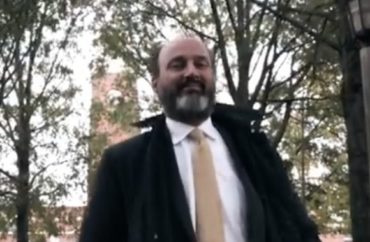 They shouldn’t try to ‘provoke’

The United Methodist Church believes that women “need” to have “access to safe, legal abortions,” so perhaps it’s unsurprising that a UMC-affiliated college publicly scolds its own pro-life students.

Alabama’s Birmingham-Southern College encouraged the community of 1,300 students to pile on its College Republicans chapter for approving of the state’s strict new abortion law, specifically for comparing abortion to a horrific incident in Alabama.

In a since-deleted Instagram post, the CRs thanked lawmakers for “championing the fundamental human rights of children in the womb” in contrast to the state’s “ugly and tragic” history of human rights violations, including lynching and discrimination, according to Newsweek.

They also suggested the erection of a memorial to the “8,020 babies murdered annually in the state of Alabama” at the location of Birmingham’s Planned Parenthood, similar to the memorial for the four black girls killed in the 16th Street Baptist Church bombing in 1963. (“Black and other” accounted for 65 percent of the roughly 7,000 abortions in Alabama in 2016, according to the state health department.)

In an official statement linked from the college homepage – but inexplicably missing from its “latest news” and even 2019 news indexes – President Daniel Coleman feigned support for free speech while denouncing the College Republicans for their consistent life ethic.

He said Friday that “expression meant to provoke rather than encourage discourse does not move our community forward. It divides.” Coleman did not specify how the CRs failed to “encourage discourse,” given that their original Instagram post generated national discourse.

Coleman specified that he would not attempt to regulate the CRs’ speech, but vaguely encouraged the community to “take care of provocative discourse.”

The president did not once defend the right of the CRs to express their views as the likely minority on campus. Rather, he told other students that the college “cannot protect you from ideas and language that may offend you” and that it “must do the opposite” by helping students “develop tools to defend” their beliefs.

The same day Coleman criticized the group for comparing the unjust killings of human beings at different stages of life, the CRs posted a “sincerest” apology on Instagram that said they were not trying to “provoke anyone.”

The group implied that a student posted the comparison without authorization, claiming the original post doesn’t represent the views or “characters” of its members. Going forward, it will apply “safeguards” before posting its statements so they include “forethought and consideration.”

It has not removed another post praising state lawmakers for “supporting the right for life and taking care of our state!”