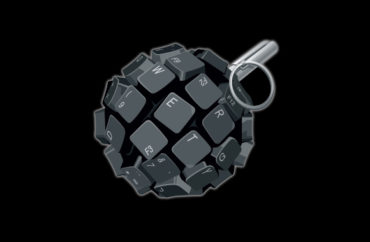 “More than any time in history,” Woody Allen famously observed, “mankind faces a crossroads. One path leads to despair and utter hopelessness. The other to total extinction. Let us pray we have the wisdom to choose correctly.”

In writing about colleges and universities for over a decade (and serving as a legislative clerk dealing with campuses before then), I have noticed the choice isn’t getting better. In fact, things on campus are as bleak as ever.

I deal with a number of these issues in my new book, Anti-Knowledge: Essays From the Era of Negotiable Truth, which catalogs my best columns over the past decade. (When I told my dad I had written a compilation of all the good pieces I had written, he asked, “so, it’s three pages long?”)

The premise of the book — and specifically the chapter on colleges and universities — is this: Over the course of time, older generations have taught younger generations right from wrong. They have passed down the knowledge they have accrued to their children and grandchildren and challenged them to add to that societal knowledge base.

This cumulative knowledge base has always grown — for instance, scientific discoveries build on earlier research. Futurist Buckmister Fuller estimated that before 1900, humanity’s cognitive database doubled every century; after World War II, the doubling of knowledge occurred after every 25 years. But with technological advances, recent studies suggest the total knowledge base is now doubling every 11 hours.

But now, college campuses seem to be extracting knowledge from our collective database. Policies pushed by the older generations on campus are setting off culture wars, putting identity politics before chemistry and English. Free speech is under assault, making inquiry — the very reason schools exist — nearly impossible on campuses.

It is not the students that are the problem. Wokeism has always existed on college campuses, from the hippies of the 1960s, to the politically correct throngs of the late 1980s.

It is the older generation, the ones that are supposed to be passing their knowledge to the kids, that have capitulated to the young radicals, allowing them to run their schools.

The grown-ups are no longer in charge; instead, they have sacrificed the good names of their institutions to the juveniles whose minds they are supposed to be molding. The Ivory Tower is now occupied by the people who know the least about how societies function.

Take, for example, campus bias response teams, which allow students and professors to anonymously report one another for private utterances that offend someone’s sensibilities. Or allowing mobs to shout down conservative speakers on campus. Or firing professors for innocuous comments. Or packing schools with diversity administrators whose only job is to sow discontent on campus, making students believe life at a tony liberal college is akin to living in the Jim Crow South.

All of these malpractices have been okayed by middle-aged college presidents and administrators who are now scared to death of their students. They are afraid telling any student “no” means that student will take their overstuffed federal loan money elsewhere, causing the school to cut a foreign language. (They wouldn’t dare axe a diversity administrator position.)

All of these actions invert the traditional professor-student relationship. Colleges once existed to teach students things; now it is the students who are schooling the college presidents.

All of this contributes to our era of anti-knowledge, and it shows no sign of abating. And it will not change until schools cease to be both juvenile and delinquent.