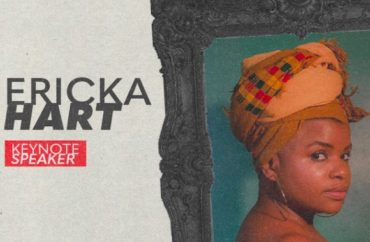 Officials at Columbia University have apologized to a former “gender non-binary” adjunct professor whose contract was not renewed following her allegations of student racism and transphobia.

Ericka Hart, a “racial-justice and gender-rights advocate and sex educator” who taught at Columbia’s School of Social Work, said she was “pushed out” by the university after notifying administrators about a student who made rape jokes in class, the New York Post reports.

Hart said the student also was “transphobic and generally anti-black” towards her.

Hart also alleged school officials tried to “silence” and “punish” her for being unwilling to teach “apolitically” and for refusing to hide her gender identification.

“The school did nothing to support me, they actually just made me feel like I was the problem,” Hart tweeted in mid-February. “My replacement for a class I taught for four years, a white person.”

In a post on Medium, Hart wrote she was told by a dean not to complain about the racist/transphobic student because (the student) might retaliate with a counter-claim “purely out of spite.” Hart said she didn’t realize this was a “common practice weaponized mostly against Black professors.”

While noting she did not want her Columbia job back, Hart put forth several demands in her post, including an admission of guilt from Deans Melissa Begg, Monique Jethwani and Julien Teitler, followed by their resignations. She also wanted Columbia to release demographic figures for all adjunct, full-time and tenure-track faculty, and for the course she created (her “intellectual labor”) not to be taught henceforth.

Several of these were realized.

“First and foremost, I apologize for not honoring your experiences in the way that I should have,” Begg wrote in a letter to Hart dated Feb. 22. “To you and our entire community, I am sorry for any and all experiences of racism and transphobia at our School. No one among our faculty, students or staff should ever have to endure pain and harm due to discriminatory behavior.”

In a separate letter sent to the school community in response to Hart’s claims, associate deans Monique Jethwani and Desmond Patton vowed to tackle disparities in treatment of part-time professors and to stop using Hart’s curriculum.

“We acknowledge that we are operating under a set of policies and practices that are rooted in racism – and in other ways oppressive,”  they wrote.

In response to Hart’s teaching demographics demand, Dean Begg released stats showing that 18 percent of Columbia’s full-time staffers are black or Latino. In comparison, these groups make up 36 percent of adjuncts.

Hart (below), a breast cancer survivor, is known for “baring her scars” — appearing topless at various functions, including a music festival. She has almost half a million followers on Instagram. 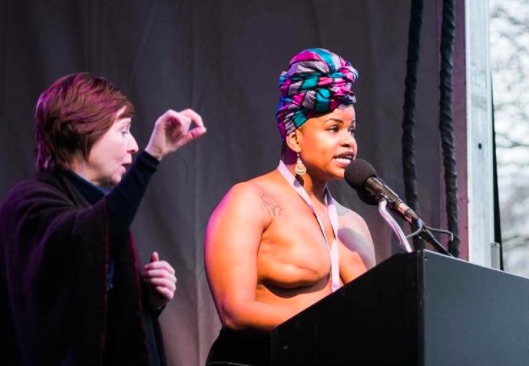