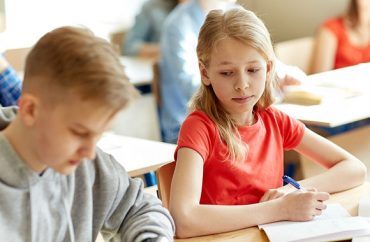 Kentucky teacher Paul Barnwell has a class full of students who wouldn’t turn in their boyfriend or girlfriend for committing a felony that “badly harmed” other people.

Their responses to this hypothetical scenario “troubled me,” Barnwell writes in The Atlantic, and he has a theory on what helped make them so morally callous: Common Core.

“Do you think you should discuss morality and ethics more often in school?” I asked the class. The vast majority of heads nodded in agreement. Engaging in this type of discourse, it seemed, was a mostly foreign concept for the kids. …

For many American students who have attended a public school at some point since 2002, standardized-test preparation and narrowly defined academic success has been the unstated, but de facto, purpose of their schooling experience.

Despite polling that finds nine in 10 adults support “the teaching in public schools of honesty, acceptance of others, and moral courage,” a 2012 study on “ethics of American youth” found that most teens say “successful people do what they have to do to win, even if it involves cheating,” Barnwell writes.

From his observations in the classroom and hallways – “physical and verbal bullying, to stereotyping, to students leaving trash strewn all over the outdoor cafeteria courtyard” – Barnwell thinks more students consider themselves “extraordinary” and have trouble empathizing.

MORE: ‘Whose Jerusalem?’ Core lesson teaches students to back Hamas

He also pegs this ignorance of religion and values in the test-driven classroom as a factor behind “a steady decline of teen involvement in formal religious activity over the past 50 years,” citing San Diego State research:

There’s undoubtedly a fear about what specific ethical beliefs and character traits schools might teach, but one answer might be to expose students to tough issues in the context of academic work—not imposing values, but simply exploring them.