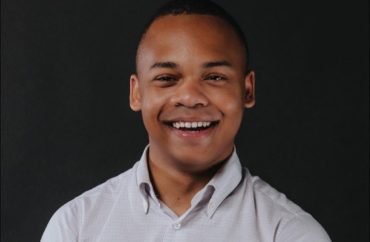 ‘Colleges and universities act with impunity’

CJ Pearson, a conservative political commentator and junior at the University of Alabama, wrote that he is leaving college with just three semesters to go because academia is occupied by a “woke-left agenda.”

“I no longer have any interest in paying to be told my blackness is a disability and all white people are evil,” Pearson (pictured) wrote January 2 in an op-ed for The New York Post.

College has become “focused on turning students into perpetual victims, anti-American sympathizers and — if it really hits the jackpot — full-fledged social-justice warriors by graduation,” stated Pearson, who has a job as an “on-air personality” for PragerU.

He wrote of his own experience being called a racist, a homophobe, and a threat to the marginalized while campaigning for student government last year. However, he has “thick skin,” he wrote, and he’s leaving to take a job to help conservatives in even more difficult situations.

Pearson wrote that he once believed that college was necessary to be successful.

“It felt not only as if it were the right choice; it felt like the only choice,” he stated.

However, he’s come to second guess that view after learning that many jobs, particularly in the trades, pay well without requiring an ideologically indoctrinating four-year degree.

The “lie” that college is the only choice allows colleges and professors to “act with near-impunity,” Pearson wrote.

Students’ and their families’ perception that college is essential has allowed them to degrade culture, language, and free speech protections in the name of social justice.

“Colleges and universities act with impunity because they’re guided by the belief that we need them more than they need us,” he stated. “Conservatives must make it clear that’s simply not the case.”

However, though he’s discarded the belief that college is necessary for all and declared his own intention to go, Pearson doesn’t call for abandoning the institutions. Rather, he argued conservatives need to maintain influence on campus to pass their ideas along to the next generation.