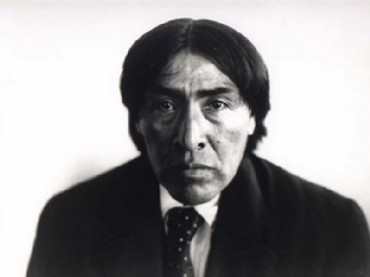 The university has for years shunned Columbus Day celebrations, and in the past the campus community has openly protested the holiday and helped take part in the city of Berkeley’s annual Indigenous Peoples Day activities.

More recently, the university has put on its own festivities to mark the occasion, and today will offer performances, lectures and other activities. The effort is a collaboration between several campus groups, including the UC Berkeley department of theater, dance and performance studies, the American Indian Graduate Student Association, and the equality and inclusion department.

But it was not a hatred for Columbus that served as the impetus for the annual campus observance.

The university observance was prompted, interestingly enough, by a controversial Native American-themed play at the campus in the spring of 2012 that some students felt offered an “inaccurate and harmful depiction of Native American culture,” The Daily Californian student newspaper reported.

That historical-fiction play, “Ishi: The Last of the Yahi,” was put on by the UC Berkeley Department of Theater, Dance and Performance Studies.

The Yahi band had lived near Gold Rush territory, and prospectors and settlers killed many, and seized their land and rivers, where they fished for salmon to survive on, according to We Are California.

“In 1871 the handful of surviving Yahi fled to the Sierra foothills, where they lived hidden in the mountain wilderness for 40 years,” the website states. “The last known member of the Yahi walked out of the hills in August 1911. He became known as ‘Ishi’ (meaning ‘man’), the ‘last of the Yahi.’ Ishi lived for five more years and died in 1916.”

Ishi has often been referred to as “the last wild Indian,” and when he stumbled out of the wilderness those decades ago he immediately became the center of attention and study.

“The play, according to the department’s website, explores the life of Ishi, the last remaining member of the Yahi tribe, and his time as an object of study at the campus Hearst Museum of Anthropology with anthropologist Alfred Kroeber beginning in 1911,” the Daily Cal reports.

It is an entertaining, although deeply disturbing, play, filled with scenes of prejudiced white men massacring Indians for a $5-a-head state bounty, gunfire, rape, murder, cannibalism, and even academic jealousy. But if you are shocked and disturbed after seeing it, (and at three hours long, you see a lot) then … the artistic director of Theater Rhinoceros in San Francisco and a frequent lecturer in the theater department, will have attained his goal. He clearly wants to tell people about this unknown chapter of California history: that the slaughter of Native Americans also happened here, not just at Wounded Knee or on the Trail of Tears.

But the play was met with harsh criticism, including a review described on NativeAppropriations.com as follows:

… Ishi: The Last of the Yahi … attempts to justify the gross violences committed against Native peoples through its portrayal of Ishi as a batterer, murderer, and rapist. While arguably the production evidences some meager attempts to provide a more nuanced version of history, ultimately, the play endeavors to erase not only Ishi, but also all Native peoples, who through the production’s monolithic representation of Native Americans are conflated with the Yahi. When the play is not depicting Native peoples as extinct, it suggests that Native Americans are not “survivors” or “victims,” but instead, were asking for it: “Maybe Manifest Destiny was a two-way street.”

A petition tried to get the show cancelled, and it was signed by 393 people, but ultimately failed to shut it down, according to iPetitions.com.

The department chair of the theater, dance and performance studies quickly retreated from the play’s subject matter after the blow back.

“I don’t think we expected the reaction that we got,” he told The Daily Cal. “We consider that an oversight on our part. We should have been more sensitive and vigilant about the subject matter.”

After that, UC Berkeley’s annual “Indigenous People’s Day Celebration” was created. It’s held inside a dance studio on campus. This year it will feature a hoop dance, cultural presentation, language and story telling, and other discussions.

“Rather than Columbus Day, this is a movement to recognize indigenous people,” a grad student told The Daily Cal in 2013 about the annual tradition. “It’s about recognizing these cultures rather than the defeat of these cultures.”