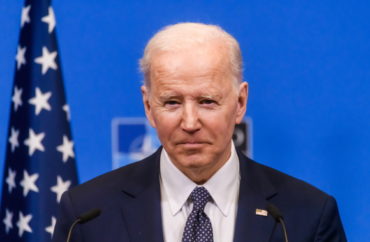 All researchers seeking grants through the U.S. Department of Energy’s Office of Science will soon be required to submit a diversity, equity and inclusion plan to receive funding, the agency recently announced.

The Promoting Inclusive and Equitable Research Plan, or PIER plan, must describe activities and strategies researchers will incorporate to promote diversity, equity and inclusion in their research projects to be granted funding by the DOE’s Office of Science, the largest federal sponsor of basic research in the physical sciences in the nation.

The office operates 28 facilities and annually funds over 28,000 researchers working on projects with the potential to “transform our understanding of nature,” as well as “advance U.S. energy, economic, and national security [interests].”

Upon the new requirement taking effect, PIER Plans “will be evaluated as part of the merit review process and will be used to inform funding decisions,” along with other criteria such as the scientific merit of a proposal, appropriateness of research methods, the competency of the researchers, and budgetary concerns, the agency stated in announcing the change.

Activities that satisfy PIER Plan requirements, as enumerated on a Frequently Asked Questions page, can include “enhanced recruitment […of] individuals from diverse backgrounds and groups historically underrepresented in the research community,” “creating and sustaining a positive, inclusive, safe, and professional research and training environment that fosters a sense of belonging among all research personnel,” and providing “training, mentoring, and professional development opportunities.”

Criteria reviewers are told to use to guide their evaluation of PIER Plans include the extent to which it will lead to increased participation by individuals from underrepresented groups and contribute to “the goals of creating an equitable and inclusive research environment and fostering a sense of belonging.”

Grant applications submitted without the required PIER Plan “will be considered an incomplete application and will not be evaluated.”

The decision and its proposed implementation has since elicited a range of reactions from U.S. researchers.

Astrophysicist Peter McCullough of the Space Telescope Science Institute and Johns Hopkins University told The College Fix in an email that he supports the principles of equity and inclusion and believes it is “good to have federally funded scientists thinking how their research could be more inclusive and more equitable.”

However, he added, he does have “concerns about the initial implementation of the new DOE PIER program” as he understands it.

“I would have preferred the inclusion of a PIER plan as an optional addendum to each scientific proposal to DOE,” McCullough stated. He also suggested the process might have benefitted from instituting a two-step process in which reviewers would evaluate other criteria before evaluating PIER Plans.

“PIER plans will tend to appeal more to the reviewers’ emotions than the rest of the proposal,” he said, adding the emotional power of PIER Plans could influence the reviewers’ evaluations of the other criteria.

This has the potential to “enhance cynicism in some and satisfaction in others, perhaps slightly increasing ideological polarization in the scientific community,” he said.

Conversely, Lawrence Krauss, world-renowned theoretical physicist and frequent critic of DEI in STEM, took a strong stance against the development in a Wall Street Journal op-ed:

“Are we at a point where the heart of the nation’s scientific research enterprise is to be held hostage to ideology? Will the U.S. government refuse to fund major national-laboratory initiatives to explore forefront fundamental and applied science because scientists show insufficient zeal for fashionable causes?”

Published Oct. 12, the headline read “Now Even Science Grants Must Bow to ‘Equity and Inclusion’: Forget the Higgs boson and neutrinos. The Energy Department wants to know your diversity plan.”

Based on statements found on the agency’s website, it appears unlikely officials will step back from the new policy anytime soon.