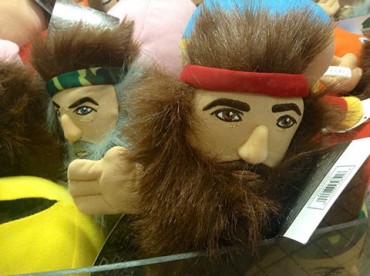 As soon as they found out about the recognition of the reality TV star, [campus LGBT group] Prism members and other students at LA Tech began organizing a social media action to let the university know they did not support the university’s actions.

The school said it had no hand in picking Robertson, whose comments on homosexuality to GQ magazine stirred up controversy last year – and noted that only three faculty walked out:

It’s important to note that the annual Tower Medallion recipient is selected by the Louisiana Tech Alumni Association and it’s [sic] member representatives, and not the university. … The name of the recipient is not released prior to the announcement at spring commencement, which is also the case with the faculty award winners who are announced for the first time, following the Tower Medallion winner.