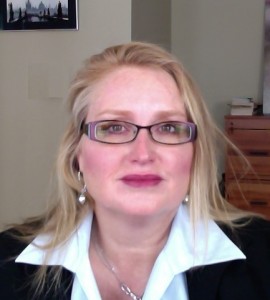 We know what the English faculty at Northern Michigan University think of The North Wind‘s board of directors, which ousted the paper’s journalism adviser and provoked a lawsuit against several of its members.

Responsible for choosing candidates for faculty adviser to the paper, the English faculty submitted Cheryl Reed again to the dean of the College of Arts & Sciences, The North Wind reported:

“That you [Dean Michael Broadway] and we [the English Department Executive Committee] would be doing this a second time only reinforces our belief that she is highly suited to the position,” [committee chair Rob] Whalen wrote, “and that its duties are squarely among those we expressly hired her to perform.”

According to Whalen, the decision from the English department is not an indication of its position on the issues surrounding the paper. …

“We merely assert our right as faculty to advance staffing recommendations pertaining to assignments explicitly within our purview, and which are based on our informed judgment and expertise.”

Reed, a former Chicago Sun-Times investigative reporter who was hired last year in the English department, got plaudits from her colleagues:

“I enjoy reading good journalistic writing and since August 2014 I’ve noticed a significant improvement in this,” English Professor Mark Smith wrote in an email.

“Most issues of The North Wind published before then did not, in my judgment, deal with significant and yes, sometimes, controversial campus issues. I believe Professor Cheryl Reed is at least partly responsible for these improvements and so I support her reappointment as The North Wind Journalistic Adviser.”