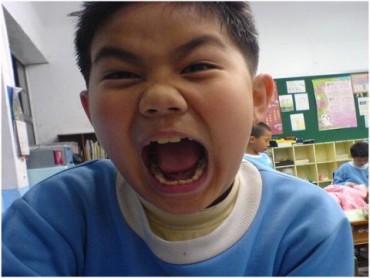 Senatobia Municipal School District (Mississippi) Superintendent Jay Foster is a man who means what he says.

At Senatobia High School’s graduation ceremony, the audience was advised “not to scream and to hold their applause until the end.”

But four family members of one student did not heed the warning — and were asked to leave the ceremony.

A few weeks after, the quartet was served arrest warrants.

“When she went across the stage I just called her name out. ‘Lakaydra’. Just like that,” Ursula Miller told WREG.

Miller said she was then asked to leave the graduation. A few weeks later, she was served papers.

Senatobia Municipal School District Superintendent Jay Foster filed “disturbing the peace” charges against the four people who were asked to leave graduation. Officers issued warrants for their arrests with a possible $500 bond.

“It’s crazy,” Henry Walker said. “The fact that I might have to bond out of jail, pay court costs, or a $500 fine for expressing my love, it’s ridiculous man. It’s ridiculous.”

Foster would not appear on camera, but told the local reporter that “it’s far from ridiculous. He said he’s “determined to have order at these ceremonies.”

First, I get where the superintendent is coming from. High school graduation ceremonies these days can quickly descend into a cacophony of hooting and hollering which is grossly unfair to those who at least would like to hear their kid’s name being announced at the podium.

Here’s what I’d do: For every outburst I’d stop the ceremony for five minutes (with reminders here and there). If the entire affair lasts ten hours or so, so be it.

Maybe that would get the message across.