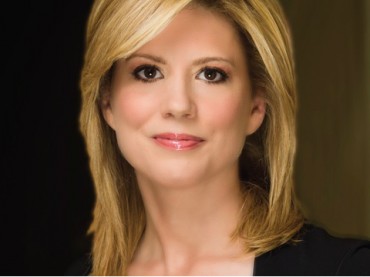 The president of the Foundation for Individual Rights in Education, Greg Lukianoff, doesn’t have a lock on prescient warnings about the growing intolerance of campus liberals.

Columnist Kirsten Powers, a former Clinton administration official and Lukianoff’s tag-team partner for a recent debate, has a new book on the broader subject of free expression, The Silencing: How the Left Is Killing Free Speech.

She tells Christianity Today that college campuses are ground zero for speech suppression by liberals:

If I had to, I’d say the absolute worst [example] is one in which a professor at the University of California Santa Barbara physically attacked pro-life demonstrators who were doing a peaceful demonstration. It’s a prototype of these cases, not in the fact that it was violent, because that’s unusual, but her argument is typical: Disagreement is treated as an attack and even violent in and of itself. The act of expressing a point of view they disagree with is an act of violence. This came up over and over in the police reports when the professor was arrested. She was the victim, even though she was the persecutor. She had been harmed, they [the protestors] made her unsafe, and she has a right to go to work and feel safe and they made her feel unsafe.

Powers wants to call back liberals to their historic defense of free speech:

We would not understand free speech the way we do today if not for—and I’m sorry to say, conservatives who don’t want to hear it—the American Civil Liberties Union, and liberal Supreme Court justices who charted the course of expanding the view of the First Amendment, and activists during the Vietnam War. So this is a core part of American liberalism. So we have people who call themselves liberals on the Left of the political spectrum, acting in complete contradiction of their values and the arguments that underlie them.

She says Christians are the biggest target now:

This is something that affects everybody, but it’s become an existential threat to Christians. I’m not just talking on campuses. Brendan Eich at Mozilla [who is believed to be Catholic], what happened for Chick-fil-a, you can’t express this view [on marriage] without being treated like you’re a KKK member. At this point Christians are countercultural, ironically. They have become the counterculture. They are what the liberals used to be, and when the liberals were them, they were fighting for the free speech rights.

Powers shares a sit-in’s worth of examples of campus speech suppression in a Daily Beast column promoting her new book as well.