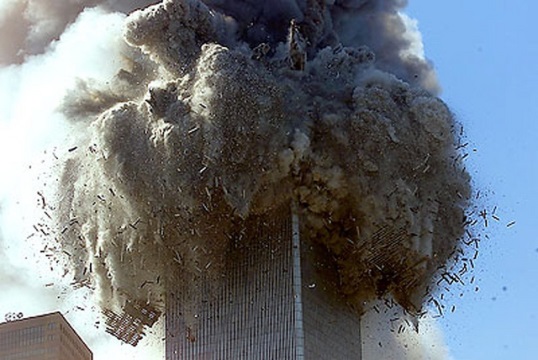 A French textbook publisher has apologized for adding a popular conspiracy theory to one of its college freshman history textbooks: The CIA was behind the September 11, 2001 terrorist attacks.

According to the Daily Mail, this little bit of, er, “history” only recently came to light despite the book, “History of the 20th Century in Flash Cards,” seeing print in November.

Page 204 of the text reads “This world event was undoubtedly orchestrated by the CIA (secret services) to impose American influence on the Middle East? – hit the symbols of American power on its own territory.”

History and geography teacher Jean-Pierre Rocher is the author of the book. Publisher Ellipses apologized on its website, and said the relevant line never should have made it to print: “This phrase, which echoes conspiracy theories devoid of any factual basis should never have been used in this work.”

A spokesman for the Clionautes association for professors and geography said the reference was posted on a Facebook page for the group and drew a lot of comments.

Bruno Modica told Le Monde: ‘This line takes over from a conspiracy thesis that we can hear in our classes, in the mouths of certain students, but which is unacceptable for it to be written by a teacher and in a publication of this type.’

Copies of the book which have not yet been distributed in bookstores will be corrected and this line about thee CIA will be removed.

Brieuc Bénézer, CEO of Ellipses, added : ‘We have proofreading and supervision processes, but we let pass this baseless sentence, against our scientific values.

Text author Rocher isn’t alone in attributing a conspiracy to the deadliest act of terror in American history. In a 2006 poll, over 50 percent of Democrats said it was “very likely” or “somewhat likely” that then-President George W. Bush was complicit in the 9/11 attacks.

In addition, recollections of that fateful September morning don’t sit very well with academics and progressive students. Three and a half years ago, purple-haired Saddleback College history professor Margot Lovett tore down 9/11 “Never Forget” posters because students allegedly didn’t have permission to hang them up. Fifteen years prior, Lovett had endorsed the notion that “U.S. imperialism” was to blame for the 9/11 attacks.

In 2015, officials at the University of Illinois at Urbana-Champaign put lawn maintenance ahead of honoring the 9/11 dead … that is, until outraged students changed their minds.

That same year, the student government at the University of Minnesota-Twin Cities rejected further memorials to September 11 citing “safety”: “The passing of this resolution might make a space that is unsafe for students on campus even more unsafe,” a student representative said.

And a year before that, a University of Wyoming student wrote that Americans need to “get over” 9/11 as there are more pressing matters before us — like the gender pay gap and (white) cops shooting black suspects.

MORE: The politically correct textbooks of our modern age