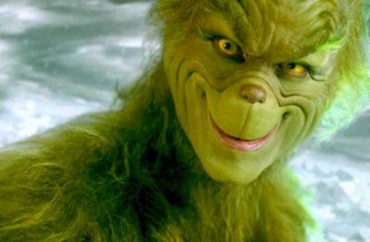 Author’s note: Several commenters both here and on our Facebook page claimed Lott’s piece is obvious satire. Yours truly certainly considered the possibility; however, the column wasn’t labeled as satire, and after having read many similar pieces — and actual research papers — akin to Lott’s article that were dead serious (not to mention that Lott appears in The Guardian), I believed he was on the level. After an inquiry, however, Lott confirmed that his column “was a total piss take,” and he was “glad it fooled some people.” Well done, Mr. Lott.

In his Guardian “Family” column yesterday, writer Tim Lott hails a three-year-old op-ed by a McMaster University (Canada) professor which stated Christmas is “filled with one patriarchal construct after another.”

Communication and cultural studies prof Latham Hunter asked for pity in her 2014 piece because she “doesn’t particularly want to put the Christ back in Christmas,” nor does she desire to “reinforce the notion that men are the foundation of the most important things in the world.”

Lott contends Hunter’s piece was “groundbreaking” and notes he was “shocked” by some of it — like, for instance, that most of Santa’s work is done by women.

He contends Christmas has become “considerably more problematic as a discourse” since the article:

“For instance – and this had never occurred to me – it is always ‘Father Christmas,” he writes. “My 11-year-old daughter has speculated about a ‘Mrs’ Claus, or ‘Mary’ Christmas, which, as Mr Claus is posited as a cisnormative construction, is understandable. But no such counternarrative exists.”

[Hunter] fails to make any mention of intersectional concerns. Surely reindeer deserve better than being forced to haul an impossibly heavy sleigh full of “gifts” built by forced labour into the polar wastes, rather than remaining in the forgiving tundra to which they are more adapted? As for the stigmatisation of one of the reindeer, Rudolph, for his facial disfigurement, this is both ableist and speciesist. You might argue that these creatures are purely “imaginary”, but this is to fall prey to literalism. The messages generated are the same whatever the nominal status in terms of reality of the groups represented.

Likewise, there is a marginalisation of the debate about the “elves” – as they are pejoratively characterised. It is as if, politically, they are invisible. But what are they, essentially? A slave army. A signifier for sweatshops and the exploitation of globalisation. What are they paid? What are their conditions? And what do they do the rest of the year? Mr Claus remains tight-lipped. Why? Can it have anything to do with the huge oil deposits discovered under the ice and the need for cheap labour to extract it?

Lott goes on to lament the Christmas “cracker” (“obviously phallocentric”) and wreaths (“represent the male projection of the vagina”), and says he’s “disgusted by the uniform whiteness of snow.”

“Together, men and women can and must do better,” he concludes. “Together, we can end Christmas in its current form once and for all. In the end, we have nothing to lose but our paperchains, our archaic and regressive preconceptions and, of course, our minds.”

I think I lost my mind about halfway through Lott’s column.

MORE: Have a Merry Christmas … in spite of progressive academics