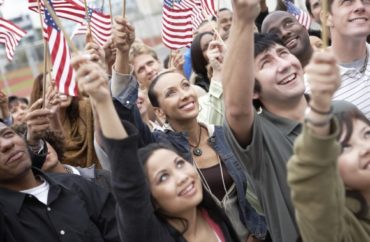 OPINION: I have a dream that we can find common ground as Americans

“I have a dream that my four little children will one day live in a nation where they will not be judged by the color of their skin but by the content of their character.”

That was one of the most powerful lines from Dr. Martin Luther King Jr.’s famous “I Have a Dream” speech. Yet today the left insists that we judge people by the color of their skin rather than the content of their character — the exact opposite of the civil rights leader’s quest.

Today we are told by Democrats and progressives that it’s racist if we do not judge people by the color of their skin. Statements such as “there is only one race, the human race” and “when I look at you, I don’t see color” are called racist microaggressions on campuses today. Students are also taught that white people are “dangerous” if they don’t see race.

Not only is that horribly wrong, but it also ignores the reality of the human experience.

All of us have our own difficult journey during this thing called life. We each face different challenges, various hurdles, unique obstacles that make up our story. Can’t we all just get along, and view each other as fellow Americans, and stop playing this awful race-baiting game that is tearing this country apart?

My son is a Marine, and one thing that’s great about the Marines (and all military branches) is they share a common bond. They’re a family, they have each other’s backs. They all bleed red, and they know it. So they work together, train together, protect together — as Americans.

The same can be said about sports. Think about it. Nobody cares about your skin color when you’re wearing the same jersey, rooting for the same team. The military and sports shows us we can bond, we can be a family, we can ignore skin color and come together. We can channel that same positivity as fellow countrymen.

Dr. Martin Luther King Jr. all those many years ago called on us to set aside our differences and find our common ground. I have a dream that Americans can come together as one nation, under God, indivisible, with liberty and justice for all.