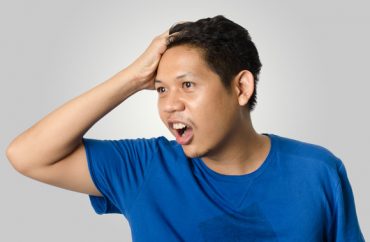 And how to make their own dental dams

If you want more evidence that lawmakers rarely do much research into the legislation they’re asked to vote on, look at how far this sex-education bill got in the Massachusetts Legislature.

Look beyond its innocuous language in the Senate-passed bill and you’ll see why the House balked and refused to take up the bill for a year, leaving it to die in the session that ended last week.

On the surface, S-2128 simply requires school districts and charter schools to offer “medically accurate, age-appropriate sexual health education,” including “the benefits of abstinence and delaying sexual activity” and “the effective use of contraceptives and barrier methods.”

But the bill also gives the state Department of Elementary and Secondary Education the authority to “promulgate rules to implement, administer and ensure compliance with this section.”

Massachusetts Family Institute President Andrew Beckwith looked at several of the department’s recommended curricula before the Senate vote a year ago, and learned firsthand what the state considers “age-appropriate.”

Not satisfied with merely introducing the concept of certain non-reproductive sex acts, “Get Real” goes on to teach twelve-year-olds in eye-watering detail how to properly use a “dental dam,” which is “placed over the vulva … or anus during oral sex.” Concerned that your seventh-grader might not have a “dental dam” handy? No problem. State education officials and Planned Parenthood want your child to know they can “also use non-microwavable saran wrap.” [This reference also happens to dilute S.C. Johnson & Son’s trademark.] When the nation’s largest abortion provider tells young children to make their own prophylactics at home out of kitchen implements, that ought to concern us.

MORE: Why not teach students how to date instead of have sex?

Our local schools will be forced by the state to not only teach smut, but to buy it, with our tax dollars, for the purposes of exposing our children to it at an early age.

Supporters recognized the bill was in peril in the House in mid-July, and one of them, Rep. James O’Day, tried to tie it to the #MeToo movement, State House News Service reported at the time.

“We need to teach our young men and women how to have healthy relationships & to understand what consent looks like. This bill goes hand in glove with the #metoo movement to ensure our youth have the communication skills they need.” #HealthyYouthAct pic.twitter.com/BEJaYFHKrM

He said it “blows my mind” that some of his colleagues were “skittish” about the idea of teaching 12-year-olds how to lick each other’s orifices:

State House News Service, also unsurprisingly, didn’t give any details from the curricula recommended by the department, nor the fact that one of them was written by Planned Parenthood. It also didn’t attempt to explain why the House has not voted on comprehensive sex-education legislation for eight years, other than to paint lawmakers as prudes.