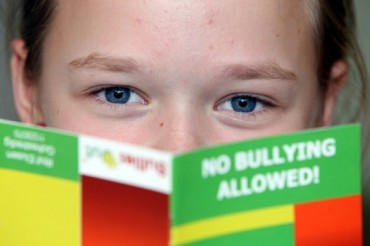 Psychotherapist Brooke Donatone writes in Slate about how “helicopter parents” have produced a generation of young adults who act like children, unable to negotiate the disappointments and challenges of adulthood.

Amy (not her real name) sat in my office and wiped her streaming tears on her sleeve, refusing the scratchy tissues I’d offered. “I’m thinking about just applying for a Ph.D. program after I graduate because I have no idea what I want to do.” Amy had mild depression growing up, and it worsened during freshman year of college when she moved from her parents’ house to her dorm. It became increasingly difficult to balance school, socializing, laundry, and a part-time job. She finally had to dump the part-time job, was still unable to do laundry, and often stayed up until 2 a.m. trying to complete homework because she didn’t know how to manage her time without her parents keeping track of her schedule.

I suggested finding a job after graduation, even if it’s only temporary. She cried harder at this idea. “So, becoming an adult is just really scary for you?” I asked. “Yes,” she sniffled. Amy is 30 years old…

The big problem is not that they think too highly of themselves. Their bigger challenge is conflict negotiation, and they often are unable to think for themselves. The overinvolvement of helicopter parents prevents children from learning how to grapple with disappointments on their own. If parents are navigating every minor situation for their kids, kids never learn to deal with conflict on their own. Helicopter parenting has caused these kids to crash land.

The Huffington Post and the Wall Street Journal have reported that millennials are now bringing their parents to job interviews, and companies such as LinkedIn and Google are hosting “take your parents to work day.” Parents went from strapping their kids into a Baby Björn carrier to tying their kids’ wing-tips…