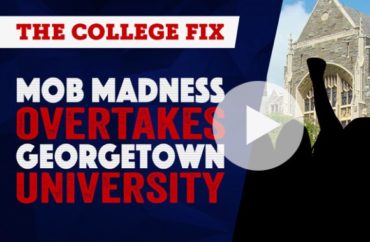 The so-called Cancel Culture has taken over at Georgetown University. From a rowdy group of protesters shutting down an event debunking climate alarmism to apoplectic condemnations after students make thoughtless jokes, the mob is ready for its next victim at this Catholic institution. College Fix reporter Dalton Nunamaker, a student at Georgetown who has covered these controversies for The College Fix, weighs in on the latest episode of Campus Roundup.

The views in this video do not represent those of the Department of Defense or the United States Army.