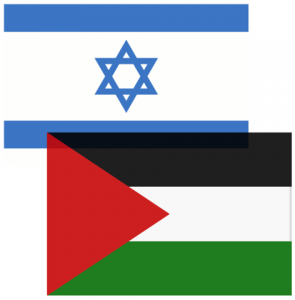 Brandeis University has suspended its relationship with Palestinian Al-Quds University in Israel.

The decision follows a November 5 student demonstration at Al-Quds, in which students dressed in black military garb, carried fake automatic weapons, and raised their hands in a Nazi-style salute.

Brandies president Fredrick Lawrence contacted Al-Quds president Sari Nusseibeh after the demonstration, urging him to condemn students’ actions, but the university instead responded with a statement that Brandeis described as “inflammatory.”

Nusseibeh published a letter claiming that Al-Quds was the target of “vilification campaigns by Jewish extremists” and that the “mock military display” by Al-Quds students was a “rare but nonetheless damaging” event. Nesseibeh stopped short of actually condemning the demonstration.

Instead, in what was perhaps the most troubling portion of the letter, suggested that Jews are overly eager to capitalize on anti-Semitism, in order to advance their political agenda and oppress the Palestinians.

These occurrences allow some people to capitalize on events in ways that misrepresent the university as promoting inhumane, anti-Semitic, fascist, and Nazi ideologies. Without these ideologies, there would not have been the massacre of the Jewish people in Europe; without the massacre, there would not have been the enduring Palestinian catastrophe.

As occurred recently, these opportunists are quick to describe the Palestinians as a people undeserving of freedom and independence, and as a people who must be kept under coercive control and occupation…

In the context of a recent Nazi-inspired, military-style demonstration by students–these words express a conspicuously unapologetic attitude.

On the other hand, Nusseibeh did conclude the letter with a hint of reprimand for the students involved in the demonstration: “To express any position or opinion in a way that inspires hatred against others violates the concept of respect, which is one of the fundamental elements of freedom,” he wrote.

However, missing from the letter was any direct condemnation of the students’ actions. In an official statement released Monday, Brandeis president Lawrence called Nusseibeh’s statement “unacceptable.”

“While Brandeis has an unwavering commitment to open dialogue on difficult issues, we are also obliged to recognize intolerance when we see it, and we cannot – and will not – turn a blind eye to intolerance,” Lawrence said. “While recent events make it necessary for us to suspend our current relationship with Al-Quds, we will continue to advance the cause of peace and understanding on our campus and around the world.”

Brandies’s partnership with Al-Quds, which included student and faculty exchanges, is on hold for now. Much like the cause of peace is itself, seemingly, forever on hold in the Middle East.