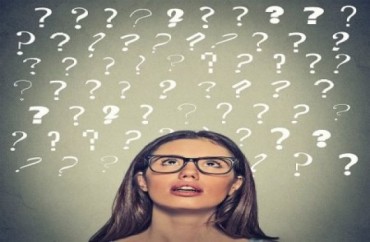 Australia’s Jill Rathborne may have added a new term to the already crowded field of politically correct academese: “micro-inequity.”

Not encouraged to study science while growing up, Rathborne says she was told by her teachers that college physics classes “would be too difficult.”

She admits, however, that none of the teachers she had asked had taken physics at college, “so that might have influenced their opinions.”

“That conversation didn’t explicitly mention my gender, but I do wonder if they gave that same advice to male students that had similar abilities to me (I was in the top few percent of my high school physics class),” she says.

The problem is these biases are often subtle. It’s these micro-inequities that do the most damage – the small, seemingly inconsequential ways in which people are excluded or discounted that, over time, erode confidence, value and worth and reinforce a culture that is not inclusive.

BD: Has there been a moment in your career when you’ve been uncomfortably reminded of your gender?

JR: It’s that thought in the back of your mind: am I getting this opportunity because I’m qualified, or because I’m female? Hopefully the former, but perhaps sometimes it might be the latter.

I’d like to be known as a scientist, not a female scientist – maybe, if possible, a good scientist. The relevant point here is that typically we wouldn’t ever ask a man this same question when asking him about his career.

BD: Have you been encouraged to modify behavior in masculine environments?

JR: Astronomy is a very male-dominated field – this is evident in the office, at conferences, in committee memberships. I can’t recall ever being actively told to modify my behaviour, [but] having said that, it takes a certain resilience and personality to be comfortable and successful when you’re a minority in your field. You often need a pretty thick skin, you can’t be easily offended.

So, even though none of her teachers made any point about her being female (and who, by the way, probably had a very good idea about her academic abilities), and though she can’t recall any “active” request to change her behavior in the male-dominated arena, it’s just “that thought in the back of [her] mind …”

Not to mention, Rathborne bemoans a “non-inclusive culture” … yet wonders if she got her position merely because of her gender?