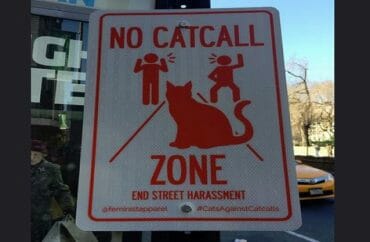 About half of Brown University’s female students claim they have been subjected to a “catcall” — which, according to Dictionary.com is “a loud, sexually suggestive call or comment directed at someone publicly” — at least once a month according to a Brown Daily Herald poll.

And it’s not just female students who have endured such — those who merely identify as female deal with the nuisance, as do some sixty percent of those “who do not identify along the gender binary.”

Even male students have been subjected to verbal harassment on or near campus, according to the poll.

As should be expected, a professor of International Studies and Anthropology, Catherine Lutz, called the 2017 fall undergraduate survey results “disturbing,” and said catcalling is “symptomatic of a patriarchy that encourages disrespectful behavior.”

In some cases, the catcalling is bad enough that it causes students to make special “travel” arrangements for how to get around campus, like avoiding walking alone at night.

Nevertheless, even during the day the catcalling still happens.

“Even if you are walking between two campus buildings in the middle of the day in sweatpants and a giant puffy coat, you are still going to be screamed at,” student Halle Vernon said.

“A lot of men know that it’s disrespectful, and they know that women don’t like it, but … they’re very oblivious to the fact that it’s actually threatening,” [Natalie] Fredman said. “If you’re in a car, and you’re double my size, and I’m walking alone at night, you have so much power over me. And that’s terrifying,” Fredman said.

This more than affects the emotional state of those harassed, [Catherine] Lutz said — it can prevent those catcalled from moving through the world freely. “It’s not just words you can roll off your back,” Lutz said. …

Quinn Bornstein ’18 […] who has written about her experiences with catcalling , said she and her cross country teammates were catcalled daily last spring while running off-campus.

“Multiple girls on the team have been followed by guys in cars for several blocks, especially when you’re running alone — and every turn you make, they make,” Van Pernis said. Last spring, she and her teammates believed one man followed lone runners several times, making “hissing” noises at them, she added.

It certainly doesn’t help the situation that Brown’s hometown is one of the most crime-ridden cities in the country.

John Cruz, a man from Providence quoted in the article (it doesn’t indicate that he’s a student), says he doesn’t view his catcalls as harassment, but more of a conversation-starter: “I’m not disrespectful, so I wouldn’t go and say disrespectful stuff.” 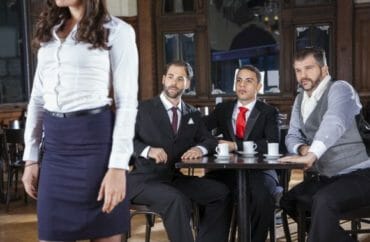 Indeed, a female quoted in the story says that one time while walking back to her dorm, “a car drove by and (someone) howled at me. It was just shocking.”

This is … “shocking”? An old-school wolf howl?

Aside from the hyperbolic reaction, the howl wouldn’t even fit the definition of the term “catcall.”

And if Mr. Cruz is telling the truth, what if he merely said to a student “Why, hello! You’re beautiful!”? Is that a catcall? It technically doesn’t fit the definition either.

Clear-thinking people can distinguish between compliments and/or respectful attempts at getting a date on one hand, and lewd, harassing comments and innuendo on the other. The problem with the modern academy is that sexual harassment (and assault) have been so “defined down” that even something like a “Good morning, pretty lady!” could be considered “abusive.”

While there’s no doubt the results of the “#MeToo” campaign have been positive, with extremely powerful and influential men like Harvey Weinstein, Matt Lauer, and Al Franken being abruptly brought down to earth, many, especially on social media, have cautioned about “swinging the pendulum” too far in the other direction … like giving merit to “trials by social media.”

In Franken’s case for example, an anonymous woman recently made a new sexual harassment allegation against the senator … which he denies. Some on Twitter commented that Franken suddenly was a fan of Secretary of Education Betsy DeVos’s* views on due process.

The public at large shouldn’t use “#MeToo” as an excuse to indulge in what colleges have (unfortunately) for years — penalizing even simple complimentary gestures. That pendulum swung in the wrong direction long ago.