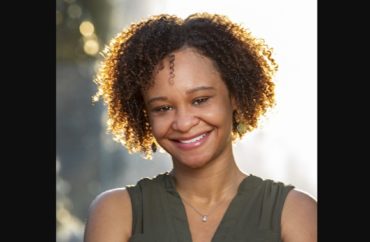 ‘Like a piece of equipment, the black athlete is used’

Hamlin collapsed shortly after tackling the Cincinnati Bengals’ Tee Higgins during the Jan. 2 Monday Night Football game. He seemingly took a hard blow to his chest.

As black men make up about 70 percent of the NFL’s players and are over-represented in “peripheral skill positions,” Professor Tracie Canada (pictured) states in Scientific American they are “at a higher risk during play.”

Canada, whose research deals with “race, sport, kinship, and the performing body,” has spent about 10 years “learning how Black college football players navigate the exploitation, racism, and anti-Blackness that are fundamental to its current system.”

On these playing fields, ones that sociologist Billy Hawkins would argue are never theoretically far from plantation fields, financial stakeholders value Black bodies for their productive potential and physical prowess. The league encourages and facilitates rigorous training and disciplining so players can execute seemingly impossible corporeal demands, all in the service of entertainment, money-making, and insatiable fandom. In the words of sociologist and activist Harry Edwards, “like a piece of equipment, the black athlete is used.”

Canada wrote this is akin to black feminist scholar Hortense Spillers’ “theorization of flesh,” or how organizations like the NFL (and its fans) “dismiss each player’s personhood, strip them of their humanity and reduce them to mere bodies.”

This “objectification and commodification that prioritizes the player over the person” calls forth Black feminist scholar bell hooks’ “history of slavery and the plantation economy,” Canada added. In other words, the “anti-Blackness of the system is inescapable.”

To those who dismiss concerns about (black) players’ injuries due to the millions of dollars they earn each year, Canada wrote they need to keep in mind that colleges “thrive on unpaid athletes’ labor through a power dynamic” known as “status coercion” — where players are “manipulated and exploited” to reap benefits for everybody but the “players themselves.”

According to her Duke bio, Canada currently is working on a book titled “Tackling the Everyday: Race, Family, and Nation in Big-Time College Football” which “describes and theorizes the lived experiences of Black college football players.” The book shows how outside of football, “institutional systems and everyday spaces order, discipline, and enact violence against Black players.”

This spring Canada will teach the course “Embodied Blackness.”