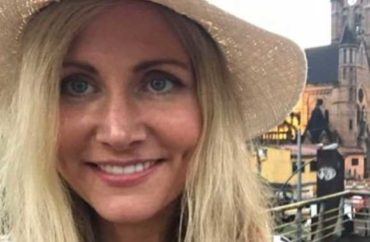 ‘I’m an adult, work extremely hard. I do not ask for permission,’ professor reportedly said

A University of Central Florida researcher simultaneously worked as a full-time professor at UCLA, jetting from coast to coast for almost six years.

Pamela Douglas’ balancing act began to topple when UCF received an anonymous complaint about her in November 2021, Florida Politics reported Friday. The university investigated and determined that Douglas had a pattern of missing classes and neglecting other responsibilities.

Her job involved conducting modeling and simulation research to help train law enforcement and other professionals, according to the news outlet, which obtained the report through a public records request.

At UCLA, she was an assistant professor in the department of psychiatry and behavioral scientists at the David Geffen School of Medicine, specializing in machine learning, according to her faculty bio. Her salary had been $169,500, according to records obtained by Florida Politics. UCF paid her $113,651 a year.

“UCF’s probe raised conflict of interest, financial and ethical concerns, as Douglas had sought grant funds and may have misused the money by juggling her work at two schools,” according to Florida Politics. The conditions of her employment “violated the rules for federal funds,” the report said.

Douglas was also “notorious for not being at the [UCF] very often, not good attendance, submits proposals last minute asking for five-day waivers … doesn’t always show up for class,” one UCF administrator said, according to the report obtained by the outlet.

According to UCLA, Douglas was “often difficult to work with and not responsive to their requests.” The university began conducting all business via email to ensure documentation before her departure, Florida Politics reported.

UCF investigators confronted Douglas, who claimed that UCF officials who had since left the Florida university had already approved her UCLA job.

Investigators asked her how she distinguished between work at UCLA and UCF and what she had told her supervisor about her dual commitments.

“No communication…why would there be?” Douglas said, according to the report. “I’m an adult; work extremely hard. I do not ask for permission. I am a professor.”

MORE: UCLA professor retires due to ‘the woke takeover of higher education’