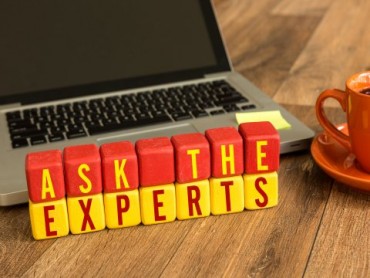 A couple of weeks ago the Washington Post featured a report on how many high-poverty schools are saddled with a “rotating cast of substitutes” in place of real (and certified) teachers.

“The disruption of teachers coming and going and the frequent use of substitutes with varying levels of skill and commitment effectively steal learning time from students who can least afford it, experts say.”

Wow, good thing we have those “experts,” eh?

David Sapp of the Southern California ACLU says this issue is “the elephant in the room” — the situation leads to “persistent chronic failure at certain schools.”

Jefferson County, Ky., had 107 vacancies in November, for example, more than 1.5 percent of the teaching corps in the state’s largest district, which includes Louisville, and still had 50 remaining empty spots as of this week. Philadelphia still needs to hire 136 teachers, and Detroit needs 135 teachers — more than 5 percent of its teaching positions — and the city has just 90 subs, so principals or other school staffers must cover most of the remaining classes, according to a Detroit schools representative.

The article mentions the late hiring practices of many districts as a cause for teacher vacancies, but the vast majority of the story’s remainder should make anyone with just a smidgen of common sense shake his/her in disbelief at what appears to be the willful ignorance of these so-called “experts.”

“This is not an issue that we see in high-income communities,” said Catherine E. Lhamon, assistant secretary for civil rights at the U.S. Department of Education.

One last time: Why?

Let’s go back to “experts”:

“Struggling high-poverty schools are difficult to staff for many reasons, experts say.”

Oh, really? There’s a couple of paragraphs outlining these reasons, but it’s not until the very end that we finally read this (emphasis added):

“And it is not uncommon for veteran teachers to feel that they are fending for themselves without instructional support or consistent, school-wide expectations for student behavior.”

Sara Duckett said she left her job at Ballou Senior High in Southeast Washington last December after she started having anxiety attacks and chest pains that she attributed to job stress.

Duckett had taught for eight years, including in high-poverty schools in the District. She loved that work and was known for her strong relationships with students. But she struggled at Ballou, she said, and found it difficult to maintain order. She asked for an assistant to help her manage a class with many students who had disabilities and behavioral issues. She said she never got steady help.

Duckett once referred a student to an administrator for throwing a pencil at her, grazing her eye. But nothing happened. The environment was too chaotic for teaching, she said.

All these “experts” had to do was actually spend a bit of time with teachers in these schools, or, better yet, be a (substitute) teacher for a couple of weeks.

Polls of teacher opinions and attitudes about student (mis)behavior and school discipline are incredibly consistent.

If control of a classroom is nigh impossible due to constant student misbehavior, and the general school situation is same, who wouldn’t feel like Ms. Duckett?

Even teacher “combat pay” is ineffective in attracting educators to troubled schools. In California, $20,000 signing bonuses couldn’t keep 20% of the staff from exiting the profession completely, while others continued to flee to better districts where they could actually … teach.

David Sapp’s ACLU branch has filed lawsuits about the “teacher churn” situation, and the federal Department of Education has made use of civil rights investigations related to same.

But … how will these force educators to remain at, or move to, such “problem” schools … let alone attract new teachers?

If groups like the ACLU and the DOE want the situation to get better in these schools, getting rid of chronically disruptive kids so that students like Mya Alford, the student subject of the WaPo article, can do what they’re supposed to in school — learn — is what needs to happen.

This doesn’t mean depriving such students of an education, of course. It means putting them in an alternative setting — very small classes led by teachers educated and trained in behavior/social issues.

Unfortunately, for the “experts,” this solution isn’t very politically correct — racial imbalances and the lack of a “least restrictive environment” being two of the reasons.

In its place educational “authorities” develop farcical programs like that in St. Paul, Minnesota.

That district, along with many others, have had to deal with the workshops of the Pacific Educational Group which feature the underlying theme that white teacher racism is at fault for disparate (racial) discipline statistics and the academic achievement gap. (Much more on this at a later date.)

While St. Paul officials boast about lowering the suspension statistics (mainly due to hardly suspending anyone, despite it being  warranted), chaos reigns in the classrooms. It’s gotten so bad that the local teachers union is threatening to strike if the situation doesn’t improve.

“My school is 87 percent poverty and 90 percent diverse. I have many students in my class who are very respectful, work hard and care about doing well in school. That’s why I am so angry. The disruptive, violent children are ruining the education of these fantastic, deserving children,” a St. Paul teacher says.

Will the ACLU sue the St. Paul Federation of Teachers? Will the DOE investigate it? If so, to what end? Perhaps they could prevent the union from striking, but what would that solve?

The real elephant in the room will have its butt firmly parked exactly where it was.

RELATED: New Obama Policy: Students Will Be Disciplined According To Race

RELATED: Schools resort to police too often … for ‘routine’ discipline?