One of the largest school districts in the United States is conducting an “anti-racist system audit” allegedly to help students “resist systems of oppression” and strengthen their “sense of racial, ethnic, and tribal identities.”

Maryland’s Montgomery County Public Schools, the country’s 16th largest school district, announced the audit in July. The district noted the audit would consider a “workforce diversity analysis,” “progress made with students of color and focus students” and a “review of the K–12 equity curriculum.”

The Washington Free Beacon reported Friday that it had obtained a “request for proposal” document regarding the audit. The document notes the district wants a consultant with “deep knowledge” of racial equity who will look into the district’s culture, hiring practices and curriculum.

Regarding the last item, the district wants to know if it “helps students understand and resist systems of oppression, and empowers [them] to see themselves as change agents.”

The request for proposal also queries whether the district is “proactive” on the issue of implicit bias — even though its student body is less than 30 percent white. (In contrast, 61 percent of district teachers are white, with Hispanics at 14.3 and blacks at 12.6 percent.)

Montgomery County Public Schools’ top-down push for “anti-racist” practices has already manifested in several of the district’s schools. Clarksburg High School posted a race-and-equity pledge [below] inspired by the writings of Ibram X. Kendi, in which staff promised to engage in a “race-conscious community” and support “anti-racist policies.”

Our Mission at Clarksburg High School continues to be one of commitment to an All In approach for student success. Read Our Promise to learn more. #CoyotePride 🐺 #BeGoodDoGood pic.twitter.com/nzLQVGLJOL

The school district anticipates it will announce its official partnership with an anti-racist consultant on Oct. 28. According to the “request for proposal,” the district will offer a yearlong contract with the anti-racist consulting group. The request did not disclose a budget for the contract.

Early this year, a member of the district Equity Initiatives Unit posted to Twitter how MCPS define “whiteness”: 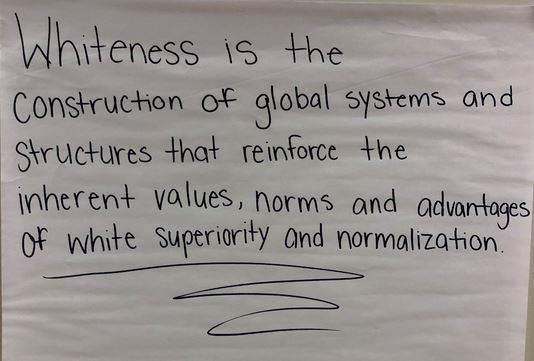 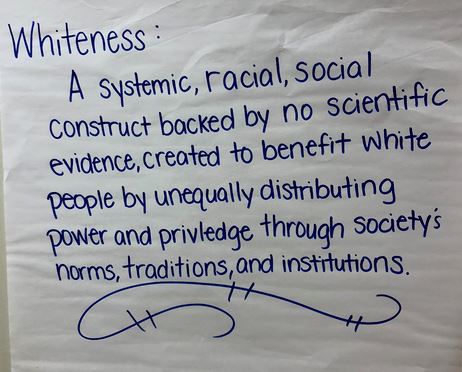 MORE: Prof: Teachers must ‘root out’ anti-black racism in their schools

MORE: Superintendent: White people have to ‘rewire their brains’ b/c implicit biases