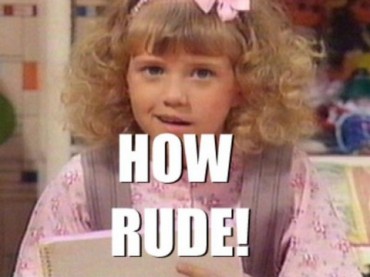 Marquette University’s John McAdams is being fired for publicly criticizing a graduate teaching instructor. Now he has company – sort of.

The University of North Georgia is moving against Spanish professor Victoria McCard, who is also tenured,  because she was “rude” to a guest lecturer last fall, Inside Higher Ed reports:

McCard, whom colleagues described as outspoken, asked the guest lecturer to speak up during a public presentation in the library — either because he was too quiet or because McCard thought he wasn’t being direct enough in his remarks about the political climate in his home country of El Salvador, or both. Either way, McCard offended the lecturer, who later met with her to discuss what had happened. He and McCard did not see eye to eye, and the lecturer lodged a complaint against her with the department chair. The chair reported it to the administration, which investigated the claim through a series of interviews with Spanish department faculty members.

A week later, McCard received notice that she was being suspended from teaching and barred from campus.

Why? She’s “an unruly employee: disruptive behavior, discredit to the university, insubordination and interfering with the work performance of another employee.”

Inside Higher Ed notes there are two separate guides for behavior at the university – the employee handbook, which conceivably covers McCard’s alleged behavior, and the faculty handbook, which includes a fuzzy section on  “disruption of any teaching, research, administrative, disciplinary, public service or authorized activity.”

McCard’s case will be mediated “outside of the university setting,” according to her lawyer, but she has an “informal advocate” in a sociology professor, who said the school’s investigation of her was based “entirely on unsigned interviews” with department colleagues.

A political science professor says the school has lopsided power over faculty now:

[Barry] Friedman said there was a series of changes to shared governance procedures at North Georgia in 2009 that placed an increasing amount of power in the hands of deans and other administrators, and that that’s had a dramatic impact on faculty culture.

Another colleague who calls himself a “friend” of McCard says she has problems with “collegiality.”