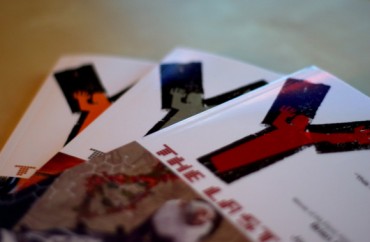 A student and her parents have complained about several graphic novels used in an English course at Crafton Hills College.

As a result, a disclaimer will be used for the class from here on out.

The student is 20 years old.

The grievance is that a quartet of graphic novels in Ryan Bartlett’s course “depict nudity, sex, violence and torture” — and some obscenities.

Crafton Hills College President Cheryl A. Marshall said in an emailed statement, “We are attempting to avoid this situation in the future and Professor Bartlett has agreed to include a disclaimer on the syllabus in the future so students have a better understanding of the course content. I know he appreciated the differing views presented by Ms. [Tara] Shultz in his class.”

Marshall said this is the first time a disclaimer will be placed on a syllabus that she is aware of in her eight years at the college.

“I don’t want to ban the books or burn them,” Shultz said. “I don’t believe that is the right thing to do. You can read whatever you want to read. That’s the beauty of the First Amendment. I’m not trying to do anything like that at all. I just don’t believe they need to be in an English course.”

The four books Shultz and her parents found offensive were “Fun Home,” Alison Bechdel; “Y: The Last Man, Vol. 1” by Brian Vaughan; “The Sandman, Vol. 2: The Doll’s House” by Neil Gaiman; and “Persepolis,” by Marjane Satrapi.

Charles Brownstein, the executive director of the Comic Book Legal Defense Fund, says that such a complaint is “unusual.”

He notes that “Most of the case work has to do with parents and community members trying to get comics and graphic novels banned from middle school or high schools or from public libraries.”

Indeed. As I noted three years ago, age appropriateness is a legitimate concern of parents and the community. (Sandman was one of the titles causing unease.)

But in this case, Ms. Shultz is two years older than the minimum status of “legal adult.” As a college student, she is free to choose whatever classes she wants in order to avoid any “offensive” material.

Her father Greg dubbed online reactions to their complaints as “hate posts.” He also seemed a bit confused with this statement:

“We’re paying for her tuition, but she decides on what classes she wants to take without us getting involved at all. She’s her own person, but we’re also a family.”

h/t: The Chronicle of Higher Education.