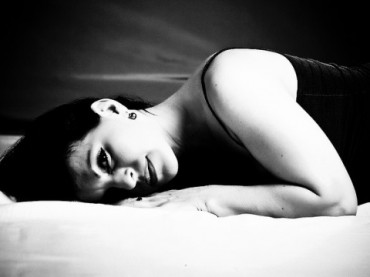 A newly released study of nearly 500 female college students has found that women who casually sleep around experience feelings of depression afterward, and that young women who engage in such behavior have “poor mental health.”

“Hookup behavior during college was positively correlated with experiencing clinically significant depression symptoms,” state the study’s authors in the Journal of Sex Research. “Overall, the present findings, coupled with prior research, suggest that hooking up is associated with poor mental health.”

Nearly 500 female students enrolled in a private university in upstate New York were used for the study. Most were 18-years-old, came from middle- to upper-class areas, and represented a broad spectrum of ethnicities, according to researchers, who defined hooking up as either oral sex or sexual intercourse.

The researchers, from Brown and Syracuse universities, asked the women monthly how they felt after various sexual encounters over the course of the 13-month study, and found most of them felt depressed after casual hookups, but that sex in the context of romantic relationships did not prompt depression.

Possible reasons for the results, researchers argued, include: unfavorable attitudes toward sex outside of committed relationships; risk of acquiring a negative reputation; failure for the hookup to transition to a romantic relationship; sexually unsatisfying hookups; and peer pressure or verbal coercion from partners to go further sexually than the women wanted.

As for the link between hookups and poor mental health, researchers suggested that depression may predict hookups. In other words, young women who are already depressed may hook up as a way to cope with their negative emotions or feel better about themselves.

Researcher also emphasized their findings did not indicate these young women would remain depressed later in life.

The study also found that the students who slept around were more apt to experience sexual victimization and catch a sexually transmitted disease. The research was published Dec. 18 in the Journal of Sex Research.