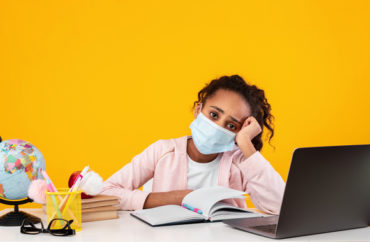 The Indiana legislature is debating a bill now that would expand eligibility for school choice and predictably public schools are coming out against the legislation.

House Bill 1005 would increase eligibility for the “Choice scholarships” and establish educational saving accounts, both measures supported by supporters of parental choice. Students also can generally transfer to other public schools in the state.

But at least one superintendent of a predominantly black and Hispanic district said it will hurt learning outcomes even though he took actions that do actually hurt educational opportunity.

“Can we, in good conscience, say that we are equitable by expanding voucher eligibility to families of four who make up to $145,000 a year while we know special education, (English Language Learner) and complexity funding remain stagnant?” Hammond schools Superintendent Scott Miller said during recent testimony, according to the local paper the NWI Times.

Miller said that he saw the expansion of the school choice credit and educational savings accounts as harming racial equity — including learning opportunities for “black, brown or mixed” students, according to the paper.

The School City of Hammond has about 13,000 students in its district. According to the district, 35 percent of its students are African-American and 48 percent are Hispanic.

Miller himself has pushed for virtual learning policies that have been proven to harm poorer, racial minority students. He ignored the science that showed that in-person learning does not substantially contribute to COVID spread.

Now, as his funding source is threatened and more families might choose to take their kids to local private schools, Miller is coming back to claim he is just defending the interests of his constituents.

But his constituents don’t want to go to Miller’s schools — transfer statistics for the 2020-2021 school year show that 983 students in the School City of Hammond took advantage of the Choice scholarships, while another 1300 chose to transfer to a different public school.

Lake Central High School has been open since August, using a hybrid model. Students are broken into two separate groups and attend school on alternate days.

As of March 26, the school has had 167 student cases in and fewer than five cases among teachers since August. About 3300 students attend the high school, according to its latest profile report, which represents a 5 percent positivity rate across nearly eight months.

Indiana’s current program, which includes deductions for homeschooling expenses as well as a voucher program, is popular with parents, according to a 2017 survey from Ed Choice, a school choice advocacy group.

It’s no wonder that some superintendents, who serve the interests of, well. it’s not really clear, oppose letting families vote with their feet — especially when the results show that people don’t want to attend their schools.

It also explains why the constituents of Hammond opposed giving Miller a raise and why he has to shut down several city schools at the end of the year.