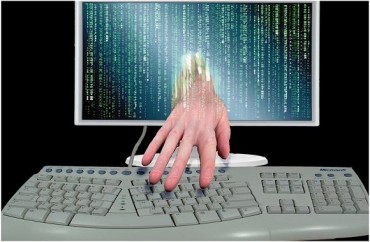 A hacker known as “Le Pink” took control of four printers at the University of Oregon last week, and for a time the machines would only print “ink-heavy images featuring the Muslim declaration of faith, the Shahada.”

UO’s chief information security officer Will Laney said the school wasn’t concerned about the incident: “It happens, and we deal with it.”

Nancy Novitski of UO’s Information Technology Department department said, “The act is somewhat analogous to tagging a building with graffiti, except with even lower impact.”

A reporter for the campus newspaper Daily Emerald managed to get in contact with “Le Pink” via Twitter, and the hacker responded, in part, by noting “You can refer to us as Anonymous.”

The Emerald was not able to confirm whether the hacker was actually a member of Anonymous, a global assembly of computer hackers with very secretive membership.

While this incidence of a digital security bypass didn’t cause significant damage, it does raise questions about the security of data at the university.

“We get probed, as does everyone on the internet, thousands of times a day,” said Laney.

Probes are looking for holes in security. The university is a target for any hackers looking for research, personally identifiable information and Social Security numbers. Laney said that switching from using SSNs to DuckID numbers significantly helped to keep that data secure.

When Laney was hired at the UO last November, he was shocked to see that the university did not have a digital security policy — a set of interdepartmental policies and procedures regarding cyber security. His first step in securing the university was designing and implementing such a policy — which was signed by former UO President Scott Coltrane earlier this year.

“Le Pink” also told the Emerald reporter, Noah McGraw, that “Our mission is to disassemble the power structures of this nations [sic].”

Interestingly, the article doesn’t offer any clues as to why the Shahada was the chosen image for the hacking.

UPDATE: Via Twitter, Noah McGraw indicated that he has attempted to contact “Le Pink” again, but has received no reply.