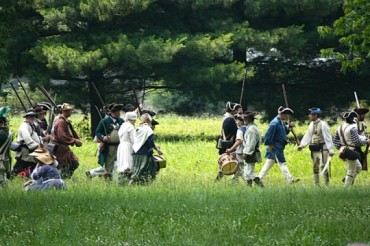 “Cal Poly is currently reviewing an off-campus party that occurred on Nov. 16 that may have included culturally insensitive, sexist, and offensive behavior,” campus officials state on their website. “While the gathering was held off campus, the university takes diversity and inclusivity very seriously. Behavior that threatens these important principles is unacceptable and has no place in the Cal Poly community.”

“Review … results will be disclosed in a timely manner once it is concluded.”

Reaction to the party and the probe has been mixed.

Navajo Jennifer Rose Denetdale, associate professor of American Studies at the University of New Mexico, condemned the party theme in an Indian Country op-ed as akin to suggesting “it is not possible to rape or sexually assault Navajo women, because they are inherently rapable.”

What’s more, at an hour-long campus forum hosted Friday in response to the controversy, a parade of students decried the esteemed research institution as a hotbed of racist undertones, the Mustang Daily student newspaper reported. Others are not so convinced.

Another Cal Poly student told The College Fix on Monday that the whole situation has been blown out of proportion.

“A lot of people think the theme was inappropriate, but that the university is overreacting,” said the student, who spoke on the condition of anonymity.

The Mustang editorial board agrees with that assessment, stating in opinion published Monday that “based on what Cal Poly has released so far about why it is investigating — that some people found the party theme and dress ‘offensive’ — the university should immediately drop its investigation.”

“In this case, it is appropriate for university leaders to call out the party’s hosts for their ignorance and immaturity in choosing this theme. They’d be correct in doing so. But as long as the First Amendment stands, it is not Cal Poly’s place to try to stop this act of free speech through the threat of investigation or punishment.”