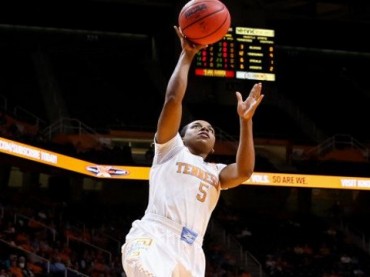 Sports columnist Sally Jenkins of The Washington Post chimes in on the University of Tennessee’s decision to drop the term “lady” from all its sports teams except its women’s basketball team:

At the behest of Nike and Tennessee’s athletic department, the “Lady Vols” are being eliminated in place of the resoundingly male “Power T” for every team except women’s basketball, for commercial reasons. The exception is being made out of respect for coach emeritus Pat Summitt, who long opposed this ridiculous move because, as one of the great promoters in sports history, she understands what a mistake it is to confuse “branding” with some lame idea of sameness.

If I’m Knight or any other marketing executive at Nike, I’m beginning to worry that I’ve made a mistake in defacing the women’s sports tradition at Tennessee. And I’m wondering how such a word could be the cause of so much grief and protest. In the two days since Tennessee announced the policy, more than 3,000 people have signed a Change.org petition against it. A whopping 77 percent of respondents to an ESPN SportsNation poll also have voted against it. Knoxville columnist John Adams observed that Athletic Director Dave Hart has provoked so much rage, fans want to run him down with a car. The reason is that, to these legions, “Lady” doesn’t connote inferiority but rather its precise opposite.