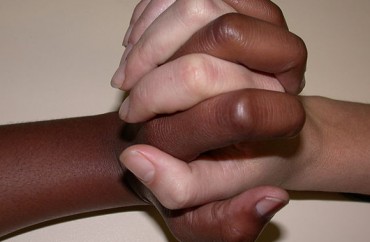 Claims it would reduce bias on campus

Citing an increase in “bias” and “hate” on campus, the UW-Madison student government recently voted unanimously to double the ethnic studies requirement needed to graduate from three credits to six.

“UW-Madison is responsible for providing students with the knowledge to become more understanding and empathetic individuals,” Associated Students of Madison committee leaders said in a news release following the vote.

“Increasing the Ethnic Studies Requirement is a way to combat current systemic racism and encourage a dialogue around its history,” the group said.

The resolution serves as a non-binding recommendation. Actual changes to UW-Madison’s graduation requirements must be made through the faculty General Education Committee, which includes student representation.

According to their resolution, ASM said students of color “often feel excluded and unsafe on campus and experience exclusion, microaggressions, and/or blunt racism during their college career at UW-Madison.”

As evidence, the group cited several incidents on campus, including a 2019 controversy in which the school issued a homecoming video with very few students of color featured in it. They also pointed to an incident in 2020 when campus sidewalk chalk messages blamed the coronavirus on the Chinese government.

The resolution also cites an incident from 21 years ago in which a black student was photoshopped onto a student admissions brochure. The students say this two-decade-old controversy is evidence “BIPOC students on campus are often used as ‘diversity advertisements.’”

“UW–Madison recognizes that many students of color and other marginalized students do not experience as positive a campus climate as majority students, both in and outside the classroom,” said school spokeswoman Meredith McGlone in an email to The College Fix. “We’re committed to changing that.”

“Consideration of changes to gen ed requirements, including the ethnic studies requirement, involves a range of factors, including clear articulation of learning goals for the requirement, availability of/access to sufficient course offerings in a variety of disciplines for students to complete the requirement, and potential impact upon progress to degree,” she said.

The increased ethnic studies requirement originated with a report issued during the 2016-17 school year, but last week’s resolution marks the first time it has been codified with a vote. According to ASM leaders Crystal Zhao and Emma Cline, both cosponsors of the resolution, the enhanced requirement would not go into effect until 2026, well after almost all current undergraduate students have left campus.

“I hope that the six-credit ethical studies requirement will decrease a lot of bias incidents,” said Zhao during the meeting. “For a lot of schools, STEM and business majors have experienced bias from faculty and students within the classroom.”

In order to prove increased hate and bias on campus, some students have used the increased number of reports to the school’s bias reporting website as evidence.

But according to the UW-Madison Bias Incidents Log, only 30 reports of “bias” were filed with the Dean’s Office during the Fall 2020 semester. This was down from the record high of 110 incidents filed in Spring 2020. Further, nearly one-quarter of the complaints in Spring 2020 stemmed from a single event, the sidewalk chalking critical of the Chinese government.

According to the UW-Madison’s figures:

In 2017, the school released the results of a “Campus Climate Survey” in which 81 percent of students overall reported they felt “welcome” on campus. However, that number dropped to 65 percent among students of color.

In October, a UW-Madison study found discrimination on campus was committed by a “relatively small fraction of people.”

“When the experiments’ subjects interacted with individuals from typically marginalized backgrounds, they treated them just as positively (or negatively) as their non-marginalized counterparts,” according to the study.

In their resolution, the student government leaders say they believe Ethnic Studies “can improve campus climate by establishing greater cultural awareness and a more holistic understanding of the current racial climate in the United States.”