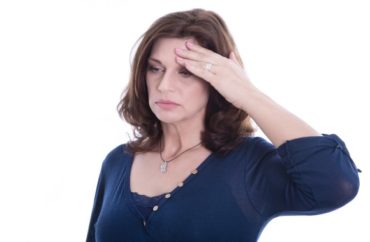 Oberlin College is facing another lawsuit.

This time, a former dance professor alleges the private, Ohio-based institution would not hire her for a tenure-track position because she is a white heterosexual, according to several news reports on the lawsuit.

Alice Blumenfeld, a visiting assistant professor of dance between 2018 and 2020, was denied a fair opportunity for a tenured position over her race and sexual orientation, alleges the lawsuit, filed in September.

According to the Oberlin Review student newspaper, “Blumenfeld believes she was discriminated against in part because of a conversation she had with Professor Ann Cooper Albright, chair of the Dance department and then-chair of the search committee for the tenure-track position.”

“The complaint claims that Cooper Albright invited Blumenfeld to her home and suggested that Blumenfeld start looking for a new position, telling her, ‘We can’t just hire another white woman from the Midwest with a husband.'”

Michael Schroth, one of Blumenfeld’s attorneys, told the Review that what happened to Blumenfeld is violation of the Civil Rights Act.

“There’s a very important discussion that is occurring across our country right now when it comes to racial discrimination. The way that we view this case is that it should be held on its own merits,” he said.

While it will likely take a while for this case to wind its way through the court system, the Pittsburgh Post-Gazette has already weighed in with a staff editorial headlined: “When did reverse discrimination become OK?”

The editorial points out that the college could have had very good reasons for its hiring decision and that an internal review determined she had not suffered discrimination or bias.

“However, if her allegation is true, the college should be ashamed,” the editorial added:

The job posting highlighted the fact that the college was looking for a candidate experienced in working with underrepresented and diverse academic populations. It also stated that Oberlin continues “to view a diverse, equitable and inclusive educational environment as essential to the excellence of its academic program.”

But again. Outright refusing to consider a candidate due to her race is illegal. It is wrong.

Imagine the fury if the candidate had been Black instead of white, or gay instead of straight. If your reaction to these scenarios differs on account of the candidate’s race or orientation, then you may need to reconsider what discrimination is.

Oberlin is no stranger to lawsuits.

In 2019 it was found guilty of defaming and retaliating against a local bakery that enforced its anti-shoplifting policy without regard to race and was ordered to pay $25 million in damages plus attorneys’ fees. The college has appealed.

And this summer an appeals court reinstated an anti-male bias lawsuit against Oberlin.