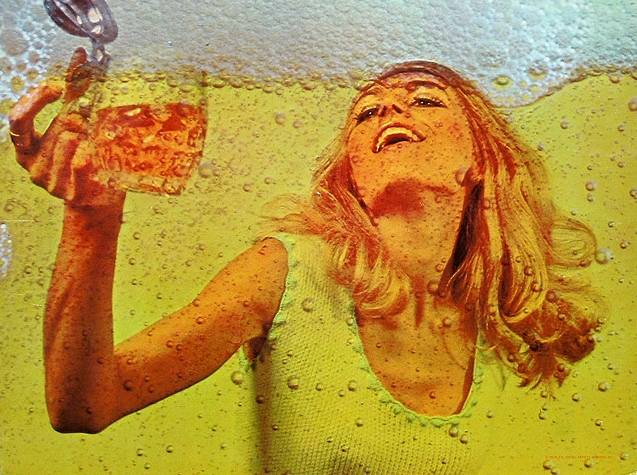 The blizzard “Nemo” that slammed the Northeast recently not only caused an estimated 14 deaths, power outages, driving bans, flight cancellations, and structure damages – it also gave college students a new reason to have sex.

Introducing the “blizzard hook-up,” one of many new excuses students have developed to justify meaningless sexual escapades, according to Kerry Cronin, Boston College professor and expert on the college hook-up culture.

The blizzard hook-up is a result of what she considers a “crack in time” event, she said in an interview with The College Fix.

She said she uncovered this new trend by talking with students who attend a variety of different colleges – public, private, secular and religious. Students now look to certain events and holidays to find an excuse for a random hook-up without reason, thought, or consequence, she said.

“You can sort of get away with it, and you don’t have to be responsible for it, because it’s considered a crack in time,” she explained.

Cronin reveals that second-semester seniors create a list of people they have always wanted to hook-up with, and make it their goal to execute these five hook-ups before graduation.

She called these hook-ups more like “bucket list” hook-ups, which have the supporting thought processes of “this is my last chance” or “I will never see him/her again, so I must act now.”

The hook-up culture has become a sort of drug for students – it’s a temporary “high” and students find themselves “addicted” to going out every weekend to maintain that high, Cronin said, adding this culture creates many serious personal and communal problems for college students.

For example, students who talk to Cronin say that in the midst of so much interaction and connection with others on campus they feel lonely and isolated as a result of hooking-up, she said.

Cronin said she is disheartened that the hook-up culture degrades students’ sexuality and forces students to “work so hard to make sexuality and sexual expression mean absolutely nothing, when in reality, it means everything.”

Additionally, the hook-up culture will be detrimental for students in the future who intend to build families and form truly meaningful relationships with others, she said.

“Hooking-up builds the wrong habits for the things we desire,” Cronin said. “So I did something about it.”

Cronin started giving a well-known and well-feared “dating assignment” to her Boston College students a few years ago. The assignment has developed over the years, and essentially a student will fail Cronin’s class if he or she fails to take someone out on a real, sober, daytime date within two weeks – all while abiding by a strict yet fair set of rules.

Professor Cronin said she knows students find this terrifying – some have even dropped her class because they have refused to do the assignment – but it is both necessary and fundamental for the personal and emotional growth of her students.

In chatting with students, Cronin said she’s realized that they try so hard not to have the normal and human feelings that they are experiencing because it doesn’t mesh with the rules of the hook-up culture.

Known as a “relationship guru,” Cronin, a Boston College alumna herself, has become an expert on dating and the hook-up culture after years of conversations with students, and gives talks across the nation on the subject.

She said she was vaguely aware of the hook-up culture when she first came to Boston College, but didn’t realize that it was “dominating the social scene on campus” until a few years ago. Cronin notes that, when she was college-age, the casual hook-up was referred to as a one-night stand, and “people admitted it, but they were sheepish about it.”

She finds it both interesting and lamentable that today, students are sheepish if they don’t participate in the hook-up culture.

“Students have it backwards,” she said.

According to Cronin, there are students who don’t take part in the hook-up culture, and they’re either those in the “pseudo-married couple” category or the “opting out” one. But the remaining students are simply those who want to fit in because hooking-up is the “thing to do,” she said.

But the culture is heartless with a list of harsh rules, she notes, such as: don’t ask or talk about it before, during, or after; know where your stuff is and don’t forget it; and both participants must be (or pretend to be) equally drunk.

Cronin has observed that if one breaks the rules, he or she is considered needy instead of simply human for wanting a healthy and normal relationship with another person.

“The principle of least interest is at work here,” she said. “The person who cares the least wins.”

It’s troublesome and wrong, and college administrators should try to do more to stop it, she said.

“We really can’t just ignore that,” Cronin said. “We care about our students’ desires and longings. … It’s not students’ faults that they inherited this culture, it is our responsibility to hand them the tools to change it.”

Nevertheless, she adds, “students can’t simply change the hook-up culture on their own, and yet they are the only ones who can change it.”

Fix contributor Ariana Caraffa is a student at Boston College.