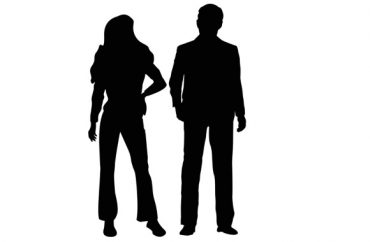 Don’t Let Them Silence You

Students who go against the agenda of the left will be called racist and homophobic by peers. Don’t let their anger and close-mindedness force you into a small quiet corner because you’re scared of labels. Be confident. Who cares what these crybullies think? They’re just trying to shut you up. Keep fighting the good fight.

Being an outspoken conservative is a great way to filter out fake friends. And who wants fake friends, anyway? Those who really care about you and love you no matter what will stick by your side. Those who care more about political ideology will cut you out of their life. Don’t give up what you believe just to be friends with intolerant people. It’s more satisfying having the ability to be yourself around friends.

Stay Up To Date

Know what you know — and know what you don’t know. And before you weigh in on something — Google the crap out of it. Stay up to date on the news. Keep up with things like North Carolina’s “bathroom laws,” Donald Trump’s campaign or the Panama Papers. You always want to be prepared to question and challenge the ideas and opinions of the left. While you’re at it, don’t just read whatever happens to pop up in your Facebook feed that day. Check out think tanks, read the Federalist Papers — you know, founding documents history professors would never assign in class.

As an outspoken, confident, intelligent conservative you will have your fair share of haters. There is no way to avoid the assumptions they will make about you, your life, who you are as a person, and what you really believe in. Don’t give them ANY actual reasons or facts to back up their negative misconceptions. You see someone giving you a dirty look as you walk by, look them dead in the eyes with a smile from ear to ear.

Take Breaks From Battling the Left

Go ahead, take a weekend and binge on Netflix. You’ve earned it. Go on dates, party. It gets exhausting constantly being on the front lines battling the Left. You shouldn’t do it 24/7. It’s healthy to take a step away sometimes, even if it’s for a few days. No one will punish you or think less of you. Trust me, we all know how mentally draining it can be to battle people who think with their emotions instead of their intellect.

Young America’s Foundation, Young Americans for Liberty, the Leadership Institute and other think tanks offers conferences, seminars and workshops throughout the year. You will be surrounded by fellow conservatives and libertarians for a few days. You will make connections. You’ll network. You’ll be reminded you’re not alone. But most importantly, you’ll come away with more confidence in your ability to advocate for conservatism.

Pick and Choose Your Battles Wisely

Finally, decide what hill you’re willing to die on. Is it that midterm paper that you know your professor will flunk you for if you question her edicts? Maybe play it smart, and file a bias complaint after your grade is secured. Or how about that mouthy professor who bashes Republicans every other day? Instead of picking a fight with them in class all the time, just take out your cell phone, hit record, and email their rants to the editors of The College Fix. They’ll think twice before proselytizing in the classroom. Trust me.