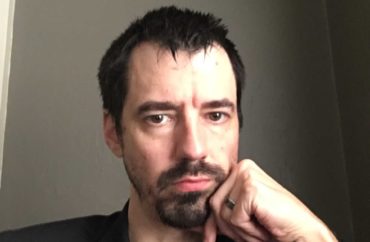 ‘Academia has become an intellectual prison’

Two years after he was fired because critics said his research was racist, social psychologist Bo Winegard is reflecting on the ideological conformity stifling academia – and the price we all pay for it.

Winegard (pictured), a former assistant professor of psychology at Marietta College in Ohio, says his job was terminated in 2020 for unsubstantiated allegations of racism based on his academic research about variations between ethnic groups.

“I was fired,” he wrote May 4 in Quillette, “because I spoke and wrote openly about human psychological variation.”

In an interview with Inside Higher Ed for an article published March 2020, Winegard said that his trouble began in October 2019, when he was invited to discuss population variation in an address to the University of Alabama’s Evolution Working Group.

They agreed, Winegard told Inside Higher Ed, that he would speak on “the hypothesis that human biological differences are at least partially produced by different environments selecting for different physical and psychological traits in their populations over time.”

His visit seemed to go well, but he received texts from his hosts about new entries about him on RationalWiki, a website similar to Wikipedia in which volunteers try to debunk what they believe to be junk science.

Someone on RationalWiki wrote that Winegard wrote “racist bullsh*t for the right-wing magazine Quillette,” a characterization with which Winegard disagrees.

Winegard had previously argued that “Racism isn’t wrong because there aren’t races; it is wrong because it violates basic human decency and modern moral ideals.”

“The most controversial thing [Winegard] said” at Alabama, Inside Higher Ed stated, “was that psychology may someday, in the aggregate, provide some explanation as to why East Asian societies tend toward collectivism.”

The article went on to state that “one of his slides, however, did say that ‘groups may vary on socially significant traits (on average) such as intelligence, agreeableness, athleticism, cooperativeness [and] criminality.’”

University of Alabama’s student newspaper published an article on the talk, “vaguely linking the subject matter to eugenics,” as well as an apology from the group that had hosted him, Inside Higher Ed wrote.

One tweet quoted by Inside Higher Ed stated, “The greatest challenge to affluent societies is dealing openly, honestly, and humanely with biological (genetic) inequality. If we don’t meet this challenge, I suspect our countries will be torn apart from the inside like a tree destroyed by parasites.”

Winegard’s supervisors demanded a meeting, where he explained that his tweet referred to individual genetic differences.

In February 2020, Winegard was informed that the college would not renew his contract.

“He sees no apparent reason for his effective termination,” Inside Higher Ed wrote, “apart from the controversy surrounding what he has said and, more to the point, is alleged to have said.”

“I naively assumed that the norms of academic freedom would prevail,” Winegard told Inside Higher Ed. “They did not.”

“I entered graduate school with progressive political views,” Winegard wrote in the May 4 Quillette piece, “but a naïvely optimistic understanding of how academia functions.”

“As I spent more time in social psychology…I became disturbed by the degree to which this supposed branch of the human sciences was driven by a progressive political agenda.”

Furthermore, he stated, “causal explanations for prejudice that do not include the claim that white men are racist and sexist are often rejected a priori, making prejudice studies less a science and more like a faith-based ideology defended with the kind of zeal usually reserved for religious doctrine.”

He described his experience in academia as a “prison” that enforced conformity to certain progressive views:

Just as a man may not recognize that he is in a prison until he tries to break free, a scholar may not understand the taboos that confine him until he transgresses them. I saw the prison, but I did not really feel it until I tried to escape…Academia has become an intellectual prison, and many of the incarcerated professors were therefore compelled to live a dual existence. In public, they either endorsed the prevailing dogmas about race and sex or they kept their thoughts to themselves. In private, they could be more candid, and would sometimes even complain about the more extreme beliefs of their colleagues and pundits who would write about science in the prestige media.

The more I talked privately to professors, the more this depressing abyss between what they were prepared to say in private and in public became apparent…I am not talking here about private gossip, salacious rumors, or petty insults—I am talking about the merits of considered, substantive, and scientifically consequential beliefs. …

Many professors and scientists are devoted to pursuing the truth, and many are admirable people who think that censoring ideas and punishing unorthodox scholars is repugnant. However, these people must survive in an institution that has been commandeered by an ardent minority of progressive activists. They fear losing their jobs. They fear losing their professional status. They fear injuring the careers of their graduate students. And so, they generally remain silent. I could lament their cowardice, but I also sympathize with their predicament. It takes many years of preparation and training to secure a position as a professor, and it is not an easy job to recover once lost. Dismissal from one university for expressing forbidden opinions makes it exceedingly difficult to get rehired at another. For the academic pariah, years of often tedious and expensive training are suddenly redundant.

He wrote that being told he was fired “felt like a kick in the guts.”

“My goal had been to write and speak about human variation and other controversial topics without suffering severe consequences,” he wrote. “Others, I hoped, would see my example and realize that they too could discuss such issues honestly.”

“Instead, my truncated career, like a public execution, became another warning…do not tread this path or you too may suffer this fate.”

Winegard concluded his May 4 essay with a lament for progressive ideology’s chilling effect on the pursuit of the truth, which deprives us all of scientific advancement and new discoveries.

“Understanding the world,” he wrote, “remains the best way to promote human flourishing.”

“If our universities continue to pander to political sensitivities, replacing a fearless pursuit of knowledge with a craven capitulation to dogma, then our loss will be immense. We will have robbed posterity of our single greatest resource: knowledge.”