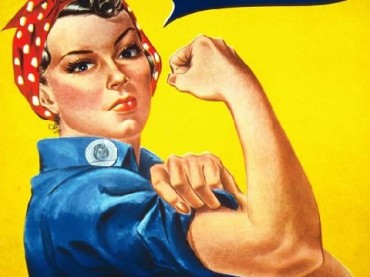 Those are three terms the Denver-based magazine 5280 reported in its December article titled Colorado Women as “quintessential” ways to describe the fairer sex who call this beautiful state home.

As a woman born and raised in Colorado, I agree. They describe Colorado women not only accurately, but intimately.

Colorado and Western women are no pleasant Southern belles, nor do we relate to the provincialism of our Northeastern female counterparts. We’re just made of that Rocky Mountain rugged charm, where ChapStick counts as lipstick. And we make it look good, too.

We wear flat boots and look just as sexy as in any pair of high heels. We can survive blistering cold winters and wilderness. Some may wonder whether we have chill in our veins. We keep ‘em wondering.

We pride ourselves on ingenuity and state with certainty Colorado has led the way the way for women.

The article mentions Eliza Routt, who in 1893 as the wife of the first governor of Colorado – a Republican – was the first woman to register to vote, among a long list of noteworthy philanthropic accomplishments. She also founded an orphanage and helped build a women’s home.

What do these women have in common? They’re ALL liberal Democrats.

There wasn’t one explicit Republican woman mentioned save former Secretary of State Condoleeza Rice, who received her bachelor’s and PhD from the University of Denver.

In presenting the history and the women in the article, one label that the magazine implied is that Colorado women, in addition to being “independent, active and adventurous” are also all “liberal.”

That’s where I draw the line.

5280 (a nod to Denver’s elevation of 5,280 feet) in its list of accomplishments among Colorado women praised the anti-gun legislation pushed by Democrat representatives in the state.

However, when did infringing on a woman’s right to self defense become something worth praising?

What’s more, our strong Colorado Republican women weren’t even mentioned for their efforts in bringing up this point. As Western Regional Vice Chair for the College Republican National Committee (CRNC) and Chairwoman of the Colorado Federation of College Republicans, I had a front row seat to see many women leaders in this state fight for their Second Amendment rights this year.

I work with young Colorado women all the time who are conservative, libertarian, Republican – and just plain tired of being pigeonholed, in Colorado or across the nation. But that gets ignored, swept under the rug. Women aren’t supposed to be conservative, you see. And those who are get mocked, a la Sarah Palin. (So much for women treated equally.)

The article mentioned that the main two female representatives who pushed the anti-gun legislation received death and rape threats, demonstrating the difficulty women have serving in public office. I am completely appalled and condemn those who sent such threats to Rep. Rhonda Fields and Sen. Evie Hudak.

Yet, it’s wrong for the magazine to praise these women without telling the whole story, such as when state Sen. Hudak deprecated rape victims who testified against these bills last session.

Hudak was the one who infamously told a rape victim she didn’t need a gun to prevent rape.

Amanda Collins, a Nevada woman who was raped while walking to her car at the University of Nevada-Reno, had testified against the concealed carry ban on Colorado campuses, claiming she could have protected herself against her assailant if she had been carrying. But because of the university’s no weapons policy, Collins was not in possession of her firearm, although she did have a concealed carry permit.

Sen. Hudak’s reply was unbelievable: “I just want to say that actually, statistics are not on your side even if you had had a gun.” Hudak went on to say that according to the Colorado Coalition Against Gun Violence, “for every one woman who used a handgun to kill someone in self-defense, 83 women were murdered by them.”

What type of woman does this? Simple, one politician, and others of similar ideology, who have an interest in regulating women’s lives and defense choices rather than empowering them.

As a Western woman, and a native Colorado woman, I pride myself on being independent, active, adventurous, and a feminist on the Right.

I may be in a man’s world, but I certainly don’t have to accept that narrative. It’s time that women stood up and demand to lift the liberal brand off by the media rather than continue to be subjected to it. 5280 did a disservice to all of its readers, not the least of which its female ones.

We deserve more than a liberal label.