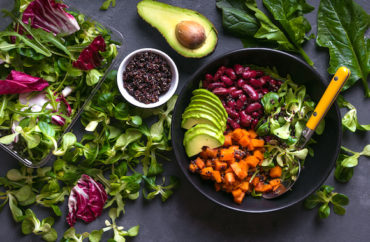 Harvard University recently signed on to an environmentally minded “Cool Food Pledge” in an effort to reduce its carbon footprint. Heralding the decision, one food official at the school stressed the need for “a more plant-based way of eating.”

The school announced the new initiative in a press release this week, The Harvard Crimson reported. That pledge commits its signatories to “slashing food-related greenhouse gas emissions by 25 percent by 2030, largely by paying attention to menu options.”

In the press release, Walter Willet, the co-chair of Harvard’s Food Standards Committee, said that “Americans are the greatest contributors to [climate change] because of our diets and lifestyles” and that “among the many changes we need to make…is a change in diet to a more plant-based way of eating.”

The pledge’s website stresses the need for such a diet, claiming that “helping more people shift away from meat-centered and toward more plant-forward diets” can have significant benefits for the environment.

The Cool Food Pledge has apparently not yet released guidelines for how signatories are to achieve a more plant-heavy diet. The website says its “Behavioral Playbook,” a document meant to “outlin[e] the range of strategic options available for signatories to shift diets,” will be released early next month. Other signatories to the pledge include Hilton, IKEA and Morgan Stanley.

The Crimson reports that the pledge “follows a commitment from the University to become fossil fuel neutral by 2026.”

Read The Crimson‘s report here, and the pledge’s website here.

MORE: Cornell has secretly been serving burgers made partially of ‘ground-up mushrooms’