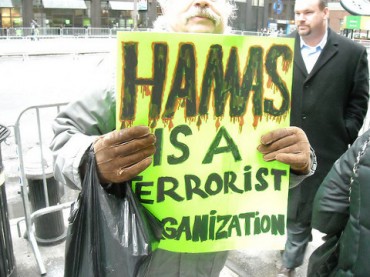 Every so often a new poster child for academic vilification emerges.

The University of North Carolina-Wilmington’s Mike Adams fought for seven years with the administration over its alleged discrimination against him for his vocal conservative Christian views.

John McAdams of Marquette University, a Catholic school, is similarly locking horns with his administration for trying to fire him, because he outed a younger colleague for her treatment of a student who opposes gay marriage.

Months after going on leave following a kerfuffle over a single Facebook post last summer, Connecticut College’s Andrew Pessin is finding new support among observers who say he’s been railroaded for his views – completely mainstream views, at that.

The College Fix previously covered Pessin’s case: The self-proclaimed “only Jewish professor on campus who openly advocates for Israel” referred to terrorist group Hamas as a “rabid pit bull” on Facebook, a student complained that Pessin was demeaning all Palestinians, and all hell broke loose.

David Bernstein, a professor at George Mason University, gave the highest-profile nod to Pessin in April, writing in the Washington Post that while Pessin’s pit-bull analogy was “poorly written” and confusing, it was clear from his other posts that Pessin had nothing against Palestinians or Gazans.

Bernstein said the student media campaign against Pessin was “obviously coordinated” – the complainant founded her high school’s chapter of Students for Justice in Palestine – and one of the op-eds against him was “perhaps even libelous.” Even the editor in chief of the college paper “co-authored a petition” against Pessin. All this hubbub led to threats against Pessin and his family.

The embattled professor may be on the verge of a new wave of support.

Aiming to render certain opinions ‘beyond the pale of acceptable expression’

The National Association of Scholars issued a press release Wednesday calling on President Katherine Bergeron – who said it was “bigoted and hateful” for Pessin to use such language against Hamas – “to make clear to students and faculty members that diversity of opinion is a prerequisite for the pursuit of knowledge, and that attempts to intimidate and silence faculty for expressing unpopular opinions will not be tolerated.”

The group notes that the complainant against Pessin served in student government and “repeated her charge in the student newspaper” even after Pessin apologized to her and removed his post:

The result was a long series of condemnations of Professor Pessin by 476 faculty members, students, and administrators who signed and posted 45 “community statements,” on the college’s website. The History Department’s statement, for example, said that Pessin’s posting was “speech filled with bigotry and hate” and used “dehumanizing language as a means to justify brutality.” Of the 46 academic departments at Connecticut College, 41 of them (89 percent) signed such denunciations.

It’s pointless whether Pessin was correct to justify Israel’s national security policies based on Hamas’s behavior, the group said:

What concerns NAS is the readiness of many students, faculty, and administrators, not just at Connecticut College but on college campuses across America, to seek to suppress opinions they disagree with by condemning them as racist or bigoted and thus beyond the pale of acceptable expression. … Students attend college for the purpose of being challenged, which means listening to opinions different from their own and formulating arguments in response to them. Faculty members and administrators have the obligation to inform students of this, and to ensure that these foundational principles of education are adhered to.

NAS President Peter Wood told me the group is raising its voice three months after Pessin went public with his accusations against the school because “several NAS members brought it to my attention. We looked into it, talked with [Pessin], and picked up the thread.”

Full support for a professor who advises an anti-Jewish group

Writing in The Jewish Press Wednesday, blogger Mike Lukish contrasts the treatment of Pessin with the institutional support for Rabab Abdulhadi, who teaches “race and resistance studies” at San Francisco State University, where Lukish himself has taught.

Abdulhadi was adviser to a Palestinian student group, whose president wrote in a blog post (accompanied by a knife-wielding selfie) about an Israeli Defense Force soldier:

Anyone who thinks there can be peace with animals like this is absolutely delusional, and the only ‘peace’ I’m interested in is the head of this f—ing scum on a plate, as well as the heads of all others like her, and all others who support the IDF. The Liberation of Palestine can only come through the destruction and decimation of this Israeli plague and it can’t possibly come soon enough.

As Lukish opined: “It is not Abdulhadi’s fault, of course, that some of her students want to kill Jews for political reasons. She just happened to be standing nearby.” It’s not the only time Abdulhadi was “standing nearby” violent statements against Jews.

Yet SFSU showed its colors when it funded a trip for Abdulhadi and students to “the ‘Occupied Palestinian Territories’ in order to meet with terrorist plane hijacker, Leila Khaled,” and even partnered with An-Najah National University in Nablus, “which is probably the most anti-Israel / anti-Jewish university on the entire planet,” Lukish wrote.

Hostile outside attention can’t necessarily force a university to reverse course and defend the right of faculty to hold unpopular views.

Anti-Israel academic Steven Salaita didn’t win back his all-but-official job at the University of Illinois after his viciously anti-Semitic social media posts came to light, even with the strong defense of the American Association of University Professors.

But Pessin’s views are so clearly mainstream – against Hamas, a group whose own charter said that Jews should be “vanquished” – that it may be hard for Connecticut College to stay silent as one of its professors cowers in trepidation for his family’s safety.

CORRECTION: President Katherine Bergeron was incorrectly identified as “Kathleen” in the original version of this story. Her name has been corrected.