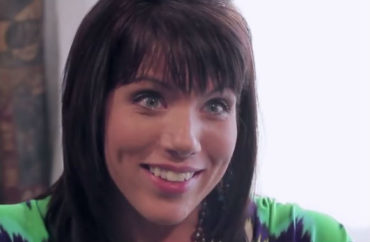 Melissa Ohden is not your typical pro-life activist. For one thing, she should be dead.

The former Feminists for Life college outreach speaker survived an abortion attempt when she was born. Earlier this year she published a memoir, You Carried Me, about her upbringing in an adoptive family and learning she miraculously survived an abortion forced on her biological mother.

As an abortion survivor and founder of the Abortion Survivors Network, Ohden says she has met many fellow survivors who are afraid to publicly identify as such, even at the highest levels of government.

You might think that pro-choice activists would engage with Ohden more respectfully when she speaks on campus, given that they support a practice that nearly scalded her to death in the womb. But that’s not always the case.

When she spoke at Eureka College recently, opposing students had already torn down the flyers promoting her talk. This is a common occurrence, Ohden told The College Fix: “Most things happen to the students in the pro-life groups prior to me arriving.”

Even more frequently, opposing students will try to get the student group sponsoring her shut down, as happened when she visited a Canadian college, said Ohden, who graduated from Buena Vista University and got a graduate degree at the University of Iowa.

What follows is a lightly edited transcript of Ohden’s phone conversation with The Fix about her current work and college experience.

TCF: Do you feel you’re well received on campus?

Ohden: You know what the interesting thing is, when I was speaking for Feminists for Life, I had a much more negative response from women than what I do now. Actually the most negative I’ve ever received were in Canada versus being in the United States.

It was probably about 2008. A group of feminists, women from the campus, were busy making themselves known throughout the time that I was speaking. I was not only sharing my story, but talking about feminist history. They were trying to be disruptive and I wouldn’t respond, and then at some point they all kind of got up and did a mass exit together, thinking that was going to disrupt me. And it didn’t.

I let them go, and it makes a great conversation later because as they were exiting, they started clapping their hands and they said, “Oh, well bravo! What a nice performance. You know this isn’t real, don’t you?”

So it did make some great conversation with the rest of the students to say, “What was that? Was that really about me? Or was that about them?” And thankfully the students had the right response, which was, “That wasn’t about you at all, that was about them and their beliefs, and how they were having a hard time having to listen to you.”

Thankfully I don’t really experience it that often anymore. From time to time someone will throw out some [atheist author] Richard Dawkins’ statements about the unborn not being human or not having the right to live.

TCF: Why do you think anti-abortion activists are so hated on campus?

Ohden: Well, that’s the narrative, right? Whether it’s openly discussed or not, we live in this culture that has embraced this narrative that abortion is a choice, it’s right, it’s legal. So anybody who’s going to say anything different from that is seen as a threat.

TCF: Did you have problems with your professors in college?

Ohden: One of the most interesting experiences I had was post-bachelor degree. I was actually taking some additional undergrad classes because I was gonna go back and get my PhD in a completely different subject.

It was for a psychology class, personality of psychology, and you had to write about how you became the person that you are today. And so I thought this professor was really behind me 100 percent – he was going to write my letters of recommendation for my PhD!

I write this paper about being an abortion survivor and how that made me the person that I am. When I got it back from him, even though I had a good grade, he had written all over my paper and said, “Who would tell you such a thing? Why would your parents tell you these lies? You know this can’t be real, don’t you?”

I was absolutely shocked. I never ever said anything to him about it [his disbelief in her story] because I was really that shocked by it. Later he wrote me letters of recommendation. I know I’m not alone in that [skepticism toward abortion survivors]. That’s really the message that I try to get out to college students on campus: Don’t be silenced.

When I worked on my undergrad, it was not overt on campus that it [the prevailing sentiment] was pro-choice. But there were no Students for Life [of America] organizations where I was on campus, and whether it was in a class or talking to fellow students, the moment I brought up that I was a survivor, the response was always the same: “I’m so sorry that that happened to you, but it doesn’t mean you have to talk about it. It doesn’t mean you have to be pro-life.”

I think those experiences are not unique to me either. I think the liberal college campuses do have this way, either covertly or overtly, of sending that message that if you don’t believe what we believe, don’t even bring it up. 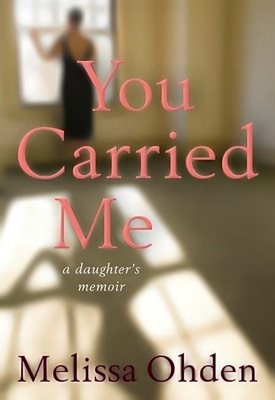 TCF: Do you think college attitudes on abortion are better or worse since you were in school?

Ohden: I think it really depends on the campus. Huge strides have been made because of Feminists for Life and Students for Life, who have really created safe spaces for students who are pro-life to be involved and share their message. I just found out this past year, that campus I was on initially [20 years ago] finally got a Students for Life group.

But at the same time, even though I think we’ve made these huge strides, we see after [the election of Donald] Trump, so many people who go backwards in terms of wanting to only have a very liberal mindset. Even though we’ve really made progress, we’ve also at the same time really seen a backslide. The more progress we see, especially when it comes to pro-life issues and conservatism, the more we see attacks against us, even on college campus with rights to free speech and forming student organizations.

TCF: Do you think campus policies are affecting pro-life groups on campus?

Ohden: Oh, they certainly do. I know from my experience that when a student group is getting ready to bring me in as a speaker, they try to shut down that student group before I get there in an attempt to prevent me from speaking. It’s happened more than once. And I often tell students I think they face a harder time preparing to bring someone like me to campus than I actually face when I’m there to speak.

TCF: Did you feel this year’s March for Life was different from past years?

Ohden: Oh yeah. It was electric. I am not afraid to admit that I was not on the Trump Train, but the more that he surrounded himself with the kind of leadership that he did, it gained my trust, by reinstating Mexico City policy [against funding abortion-promoting international organizations] and naming [Neil] Gorsuch as his pick for the Supreme Court.

Having Vice President [Mike] Pence there at the march was historic. I think people finally feel like they’re reaping what’s been sowed for the last 44 years [since Roe v. Wade was decided]. We are making progress and we can feel the momentum, but I don’t want anyone thinking that Trump came on the scene and these things magically happened. It’s taken us 44 years to get here.

TCF: How did you feel about pro-life groups being excluded from the Women’s March on Washington?

Ohden: They made it very clear through that whole set of circumstances [where a pro-life feminist group was taken off the sponsor list] that the Women’s March was certainly a platform for abortion. Some of the videos I’ve seen of Students for Life getting signs ripped up by men, just people getting pushed, it’s incredibly disheartening.

At the same time all the cards are on the table now. Pro-life feminism is Susan B. Anthony and our feminist foremothers. A lot of times we don’t receive that kind of education, talking about how those women were pro-life. So we are trying as women leaders of this movement to get back to our feminist foremother roots.

I think you will continue to see this really interesting exchange between that second wave of feminism, who ushered in birth control and abortion, and this wave of feminism where we are wanting to go back to our pro-life roots.

TCF: Do you think pro-life feminism is gaining traction?

Ohden: Yes! We had our first pro-life women’s conference last [summer]  in Dallas, and there were certainly some people who were there as reporters for the other side [pro-choice]. They wrote some articles about it, so we know it’s capturing their attention.

TCF: What do you think about the narrative that abortions are a fundamental right?

Ohden: If abortion is about women’s rights, then where were mine? Where were the rights of my two daughters? Because my daughters would have never lived if that abortion would have ended my life.

Where were the rights of my biological mother, who had the abortion pushed upon her [by her mother]? Where are the rights of 64 percent of women today who report being coerced into getting an abortion?

We live in a world where this rhetoric has existed for 44 years, and the abortion industry has done a very good job of advancing that rhetoric in their favor. What I think we see now is that people use that rhetoric not understanding what it all boils down to.

That’s always my hope. I hope that I can bring some perspective to this issue that people don’t otherwise understand.