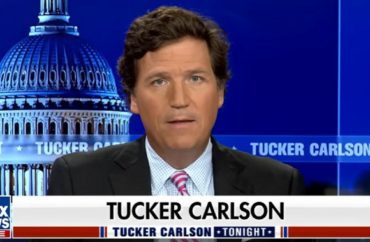 ‘I have no doubt in the coming days we will learn that the motive of the 22 year old young person who turned to violence was influenced by hateful rhetoric online and within right-wing media,’ University at Buffalo admin promised

Shortly after a deadly weekend shooting at an LGBT club in Colorado Springs, academics quickly released statements linking the shooter to the “right-wing” and political critics of transgenderism.

However, a recent court filing from the suspect’s legal team shows that the alleged shooter is “non-binary” and uses “they/them” pronouns.

“In new court filing, public defenders for the suspect in the mass shooting at a Colorado gay club that left 5 people dead say that their client is non-binary and that ‘they use they/them pronouns,’” New York Times reporter Nicholas Bogel-Burroughs tweeted late Tuesday night. “The lawyers refer to their client as Mx. Anderson Aldrich.”

Aldrich was born Nicholas Brink but has since changed his name. He reportedly threatened his mom with a homemade bomb in 2021, according to CNN.

But despite a record of mental health and family strife, the suspect’s dad served time in prison and his parents have been divorced for 21 years, academics were positive that conservatives were to blame.

University at Buffalo administrator Ben Fabian wrote that he had “no doubt in the coming days we will learn that the motive of the 22 year old young person who turned to violence was influenced by hateful rhetoric online and within right-wing media.”

Fabian is also the president of the campus LGBTQ Faculty and Staff Association and wrote the message on Monday. He blamed lawmakers who had supported legislation limiting LGBT materials in schools and wanted prohibitions on transgender surgeries and drugs for the killing as well.

We also share a fierce awareness that this incident is not isolated from a movement of anti-LGBTQ extremism that exists in many forms across the country. The Club Q shooting follows a year of bomb threats and protests at drag events. Anti-LGBTQ proposals are flooding U.S. state legislators at a record pace. LGBTQ people – teachers, companies, politicians – face homophobic accusations of ‘grooming’ by right-wing agitators. Crimes of anti-LGBTQ bias and hate have increased in U.S. cities.

The Washington Post blamed conservative Protestant groups, like Focus on the Family, for making the city “a hotbed of right-wing extremism.”

A “queer studies scholar at the University of Colorado Colorado Springs” concurred that the presence of conservative evangelicals could be responsible.

“It has been underneath us always: The military, religious organizations — there’s a way in which they are cultivating things that may inspire a place like Colorado Springs to be the next target,” Professor Tre Wentling told the Post for a November 22 article.

The dean of Rutgers University’s School of Public Health compared the hatred to a virus and blamed politicians for the shooting. “In recent years, the rhetoric against members of our population, uplifted by political figures as a means of advancing their own careers, at our expense, have enabled those like the shooter in Colorado Springs,” Perry Halkitis said.

He also argued that “hate, more so than viruses, is the most significant driver that diminishes the public health and kills people.”