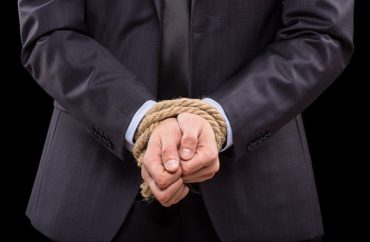 The University of Cincinnati suspended a male student accused of sexual assault “in order to look good for the Department of Education” and campus advocates who believe there’s a “rape culture” at the school, according to a lawsuit by the student.

The Cincinnati Enquirer reports that it couldn’t find a Title IX complaint filed against the student from its review of university records, suggesting that a campus official initiated disciplinary proceedings, not the accuser.

The lawsuit says “John Doe” has been suspended until January 2018 in response to allegations from September 2015, following a Tinder date with another student. That female reported him to campus police about a month later, but Doe claims the sex was consensual:

“What sets this case apart from some of the other cases we’ve brought is the University of Cincinnati is pushing the envelope in what they can do in these hearings beyond where any other school has gone,” Doe’s lawyer, Joshua Engel of Mason, said in an interview. “We have hundreds of years of history suggesting that the ability to cross-examine and confront your accuser is essential to having a fair and accurate process.”

MORE: Must deprive students of due process to ‘keep women safe’

Doe says the school didn’t have evidence on him and didn’t let him “fairly defend himself” in his hearing, where he was prevented from challenging his accuser’s credibility (she didn’t attend):

The lawsuit states he was treated as if he was “guilty from the start” and wasn’t allowed to be represented by counsel.

In a similar case that has already been decided, three former University of Oregon basketball players are appealing their loss in federal district court, The Daily Emerald reports.

The players sued the school for functionally expelling them and preempting their NBA careers after they were accused of nonconsensual group sex by a female student, who has since received an $800,000 settlement and full ride from UO to settle her lawsuit.

The district attorney declined to prosecute the players for lack of evidence, and the school essentially argued in court this summer that it must violate the due process of men to protect women. Brandon Austin, Dominic Artis and Damyean Dotson sought $28.5 million in damages against UO.

Judge Michael McShane ruled against their lawsuit last month, saying there’s no substantial evidence UO was “motivated by gender bias” or deprived them “of a due process right.”

The filing was appealed to McShane, not the 9th U.S. Circuit Court of Appeals, as a “motion to reconsider.” It says there is “more information that could be pled” against UO and asks for a jury trial.

Read the Enquirer and Emerald stories.

MORE: $800K and a full ride to make rape accuser go away

MORE: Judge who ruled against accused man overruled on appeal