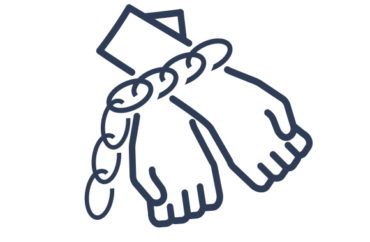 Activists at a public university in Rhode Island are threatening a lawsuit against their school if it does not hire a slave descendant as its next president.

“Some Black, White and Latino students shall join in another class action lawsuit if the next URI President is not an African-American with an ancestry to slavery,” read the list of demands put out by the Diversity Think Tank at the University of Rhode Island. The think tank is primarily composed of students and professors, though it’s not run by the university.

The complete list of demands spans 46 different points of contention over nearly 15,000 words.

“And, if anyone reading this asks why the next president of URI must be an African-American but has never questioned why URI has had 128-years of white presidents then you must be a racist,” it states.

The list is referred to as the group’s “Declaration of Diversity.”

The professor leading the Diversity Think Tank, Professor Louis Fosu, did not respond to multiple emailed requests for comment from The College Fix in the past two weeks. Nor did the activist group respond to multiple messages sent through its website.

Fosu is the executive director and founder of the group. The think tank website said he does not speak to the media and tells reporters to contact three students and a university employee instead. Students Benjamin Wilkie, Mitchelle Asante and Michael A’vant did not respond to multiple emailed requests for comment.

On January 4, Sherrilynn Bevel, a volunteer trustee with the activism center, emailed The Fix back with responses. Bevel said it took the university ten months to respond to Fosu’s complaints.

Bevel also explained the legal basis for a lawsuit:

We had hoped to see some authentic commitment to change on the part of URI’s administration, but the administration’s refusal to even meet with students about the issues raised, means that we must continue to seek justice and equity by other means.

Relying on the protection of the United States Constitution and the Civil Rights Act of 1964, we will make use of the growing list of attorneys who have offered to assist.

The Fix asked Professor Fosu if the university has responded to the list of demands and to elaborate on what laws Fosu thinks the university would be in violation of if administrators did not hire a slave descendant. The Fix also asked the political science professor if the activists had spoken to an attorney about a potential lawsuit. Fosu has a law degree.

The request stems from a planned retirement of current URI president David Dooley, who is slated to leave the university in June 2021. The administration has hired recruitment firm Isaacson Miller to assist in its search process, according to the job posting.

“Current recruitment firm for senior leadership must change immediately. Current recruiting firm is using the same racist procedures and embedded discriminatory practices that have produced the same all-White leadership at URI for 128 years,” read the opening of this particular demand.

“All current search committees that have produced the same URI senior leaders for 128 years without a single African-American, Latino, Native American or African-American with an ancestry to slavery must be disbanded with immediate effect.”

The recruitment firm not respond to an email request through its website for comment on the accusations of racism.

MORE: University of Rhode Island removes mural because it shows too many white people

“These URI search committees are deliberate systems to maintain structural racism for another 128 years of White supreme leadership at URI, this is self-evident by our abject existence without diversity on our URI campus and no African-Americans in leadership,” the activists said.

But the Diversity Think Tank is not limited to critiquing the University of Rhode Island’s process for choosing its next president. It is also critiquing several elements of university operations such as faculty hiring and course assignments.

The activist group’s website also critiqued the university’s use of furniture made by prisoners.

Additionally, the Black and Brown majority in Rhode Island prisons are paid less than $3 per day to make furniture for University of Rhode Island’s dormitories and offices … The immorality of a University robbing the life and labor from youth of color, while requiring them to make the very seats denied them at every level in the University, is evidence of the continuing pathological hypocrisy that is deeply rooted in the structurally racist fabric of this nation.

The Fix reached out twice via email in the past two weeks to multiple members of University of Rhode Island’s media relations team asking about the accusations of racism and the list of demands but the university did not respond.

However, GoLocalProv, a Rhode Island news publication, reported on an email sent from the university in mid-December to Fosu.

The document includes numerous inaccurate statements as well as unwarranted, unsubstantiated, and defamatory personal attacks on several members of the URI community. Furthermore, the document also causes unwarranted damage to the good name and reputation of the University. We cannot in any way condone such overt attacks and your efforts to demonize members of our community with whom you may have disagreements.  In our view, the document that you have prepared is neither well-researched nor effective advocacy for the critically important efforts needed to advance diversity, equity, and inclusion at URI.

Other demands and from the activists include tenure for all Latino and black professors and more scholarships for racial minorities.

Editor’s note: Sherrilynn Bevel responded to The Fix on January 4. Her response has been added to this article.