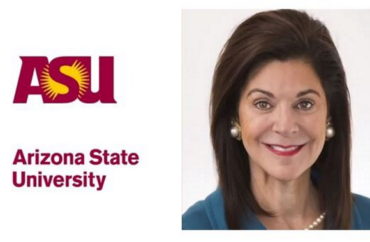 Arizona State University has rescinded a job offer to the new dean of its journalism school after students complained of past microaggressions and other insensitive comments.

Sonya Forte Duhé, who was set to take over as dean of the Walter Cronkite School of Journalism and Mass Communication and CEO of Arizona PBS, has had the offer revoked after nearly two dozen past students complained that she frequently encouraged them to, among other things, dress appropriately, wear makeup while on air, and speak with a more standard journalistic voice.

The complaining students found these actions to be “racist” and “homophobic.”

Duhé, a communications professor at Loyola University New Orleans, received further condemnation last Tuesday after she tweeted a photo of black and white hands intertwined with the message “For the family of George Floyd, the good police officers who keep us safe, my students, faculty and staff. Praying for peace on this #BlackOutTuesday.”

A letter signed by Cronkite faculty members urging Duhé’s ouster said the tweet showed “poor judgment and a lack of understanding of what it means to be the dean of the Cronkite School,” given that journalists have been attacked by police during the protests following Floyd’s death.

A memo sent Sunday to the Cronkite community from Mark Searle, university provost, stated that campus leaders had felt confident about their initial hiring choice, but subsequent “issues and concerns have arisen and additional information has come to light.”

“I now find that the future of the Walter Cronkite School of Journalism and Mass Communication and our public television station will be better served by not advancing with Dr. Duhé as their leader,” states the memo, a copy of which was provided to The College Fix by the campus spokesperson.

“This development regarding the Cronkite Dean is most unfortunate but we now must turn our attention to meeting that challenge and ensuring we offer the highest level of journalism education,” Searle added, noting he will appoint a new interim dean soon.

According to The State Press, Duhé was also a finalist for a dean position at the University of Missouri in 2015 and at Elon University in 2018.

The initial backlash to Duhé’s tweet came from a former black student of hers at Loyola named Whitney Woods, who took exception to the professor’s expression of solidarity:

“OK HERE WE GO. Dear KAREN…i mean SONYA.
There is no way in HELL that BLACK LIVES matter to you.
I would like respectively ask for you FUCK OFF.
You are one of, if not, THE most racist human that I have ever encountered in a professional setting.”

But Woods’ response has since unearthed other complaints against her during her tenure at Loyola. A 2019 complaint filed against Duhé by an African-American student named Leah Banks alleged Duhé said “girls of African-American descent should have their hair ‘pressed’ or ‘neatly combed,’ and ‘not natural.’ She has said this numerous times before including bringing hairspray to newscast days.”

In a response to the complaint, Duhé called the accusations against her “ludicrous.”

“In fact, I’ve never heard or used the word ‘pressed’ in regards to people’s hair. Never did I tell students of African-American descent to ‘not be natural’ when dealing with their hair,” Duhé said in a response included in the report. “I expect all students, male and female, taking a professional photograph to be well groomed.”

Andrew Ketcham, a gay student at Loyola in 2015, said Duhé counseled him to change the sound of his voice.

“I’ll never forget her advice to me that my voice was too theatrical and that I should stick with print,” Ketcham told The State Press.

A number of black students complained that Duhé urged them to “change their hair, speak more ‘properly’ and change the way they dressed,” according to The State Press.

But Duhé has her defenders.

“She has flaws, she has her faults. I think that, on balance, what she brings to the classroom, what she brings to the students, outweighed any concerns that I might have had,” Giusti told the paper, adding, “Over the years, I have spoken with many students who have had complaints about her. I can honestly say though I think that those came from a place that was not based on race, it was coming from disagreements, misunderstandings, or just clashes of personality.”

Duhé has not responded to any media requests for comment.