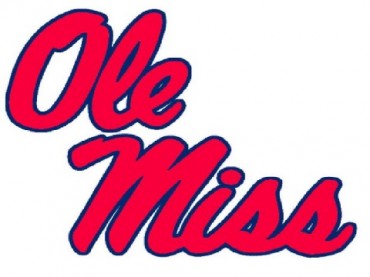 Was it all just one big misunderstanding?

In an interview with The College Fix, University of Mississippi’s chief communications officer Tom Eppes strongly denied the campus will eliminate or diminish its widely used and beloved “Ole Miss” nickname due to its historic ties to slavery.

The recent idea that “Ole Miss” would be axed or used less frequently because some people are uncomfortable with it had been met with a huge backlash, prompting national headlines, a petition that called for Chancellor Dan Jones’ resignation signed by about 3,000 people, and a protest march against the changes.

But the notion – prompted by a recent report by Chancellor Jones that called on “developing a plan to provide guidance on best uses of the terms ‘The University of Mississippi’ and ‘Ole Miss’ ” – was misunderstood, Eppes said.

In the report, Jones said the plan should follow “traditional convention” that uses “Ole Miss” in athletics and school spirit references, and “University of Mississippi” in reference to academics. Eppes said that’s actually been standard operating procedure for years. But some interpreted that as a policy change.

“As has been the case all along, we will use ‘University of Mississippi,’ the formal name of the university, in first reference in news releases and when referencing academic research or communicating on behalf of academic schools or departments,” he said.

“Ole Miss” was originally used by slaves when referring to a plantation owner’s wife, and that “Ole Miss” officially became the nickname of the university following a yearbook contest in the late 1800s, The Associated Press reports. Today, most people don’t think about slavery or racism when the moniker “Ole Miss” is used, Eppes said, adding the campus will not scrap the venerable nickname, nor change their “OleMiss.edu” email address and website URL, because of a few concerns.

“Neither the website URL nor the email address are changing, despite media reports to the contrary,” he said.

“National research clearly demonstrated that the name carries none of the antebellum meaning that concerned some faculty,” Eppes added. “In fact, it’s regarded very positively nationwide.”

The report by Chancellor Jones, published Aug. 1, states that campus evaluations found “the vast majority of current students of all races embraces the name and does not attach any meaning to it other than an affectionate name for the university.”

What’s more, researchers found that a significant margin likes and prefers the “Ole Miss” name over the full University of Mississippi title.

“The affectionate term ‘Ole Miss’ is and will continue to be an important part of our national identity,” Jones had stated.

Eppes said “confusion” was also prompted in part by concerns stemming from a University of Mississippi history professor, who told The New York Times earlier this year about his frustration with the name.

“If you bill yourself as Ole Miss and you call yourself the Rebels and the first thing a visitor to the campus sees is a Confederate monument, whether intentionally or not, it conveys an image,” history professor Charles Eagles told the newspaper.

“If I could do one thing,” Eagles continued, “the place would never be called Ole Miss again.”

Those quotes were then connected more recently with Jones’ report, which detailed an “action plan” on how the campus will distance itself from its controversial Confederate past.

In fact, some changes are in the offing.

Campus officials will rename a street on campus from “Confederate Drive” to “Chapel Lane.” The University of Mississippi will also hire a “vice chancellor for diversity.”

“It is my hope that the steps outlined here … will prove valuable in making us a stronger and healthier university,” Jones said in his report, “bringing us closer to our goal of being a warm and welcoming place for every person every day, regardless of race, religious preference, country of origin, ability, ethnicity, gender, sexual orientation or gender expression.”

But the confusion over the fate of “Ole Miss” prompted fierce debate on both sides.

Student Emma Jennings penned an open letter to Chancellor Jones in which she addressed those who may want to change the university’s email domain, currently @olemiss.edu, saying the impact on racial diversity will be negligible.

“Does changing our email address URL from ‘olemiss.edu’ to ‘umiss.edu’ promote diversity?” she asked in her letter. “Or does it suggest that we are a school that is ashamed of itself and ashamed of its past?”

She also slammed the idea of hiring a vice chancellor for diversity and inclusion.

“By creating [this position] … you are suggesting to the rest of the world that Ole Miss is inherently a racist school, and her students are incapable of change on their own,” she wrote.

Jennings also fired back at Jones’s report, saying it “could use some more research, investigation, and a broader base of opinion quotes to be truly on the right track to a diverse university.”

The student government also recently came out in support of keeping Ole Miss around.

“The Associated Student Body is glad to read that the chancellor’s report underlines the importance of retaining the term Ole Miss as our university’s nickname,” it stated. “Representing our student body, we agree that the overwhelming majority of students of all races see the term affectionately and would be upset with its removal. We believe that the goodwill that the university gains through retaining the beloved nickname is irreplaceable and its removal would be a great detriment to our university.”

In contrast, senior Sierra Mannie penned an op-ed in Time in which she claimed the university “has spent too long marinating in such an idyll, willfully and disappointingly ignorant of the antebellum period and its shame.”

Mannie stated she even “teared up” after reading Jones’ report, praising his leadership on the issue. But she admits she still uses “Ole Miss” when not speaking about academics. “It’s much shorter,” she wrote.

The Ole Miss Alumni Association did not return a request for comment by The College Fix on this issue.