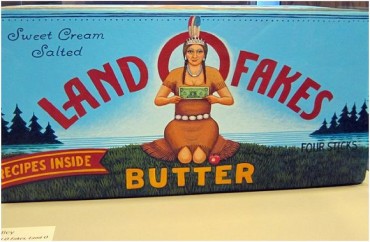 A day after The College Fix reported on the charges that Andrea Smith of the University of California at Riverside is not really an American Indian, she put up a statement on her blog in response to “the current media controversy.”

“I have always been, and will always be Cherokee,” Smith writes. “I have consistently identified myself based on what I knew to be true. My enrollment status does not impact my Cherokee identity or my continued commitment to organizing for justice for Native communities.”

The “consistently identified myself” sounds a lot like what Rachel Dolezal said. And note the use of the past tense: “what I knew to be true.”

There have been innumerable false statements made about me in the media. But ultimately what is most concerning is that these social media attacks send a chilling message to all Native peoples who are not enrolled, or who are otherwise marginalized, that they should not publicly work for justice for Native peoples out of fear that they too may one day be attacked. It is my hope that more Indigenous peoples will answer the call to work for social justice without fear of being subjected to violent identity-policing.

With all due respect, professor, any “identity-policing” is a byproduct of the progressive academic “studies” left, of which you are a part.

Genealogist David Cornsilk, mentioned in the July 8 Fix article, served up “An Open Letter to Defenders of Andrea Smith: Clearing Up Misconceptions about Cherokee Identification” three days ago.

His conclusion: “SHE IS NOT A CHEROKEE!” (Caps in the original.)

h/t to Inside Higher Ed