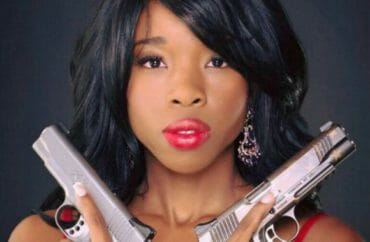 But the black, female conservative’s pending visit to the school has been met with angst from some students who are upset at the idea that women’s rights and safety is being linked with their right to bear arms.

Okafor is founder of EmPOWERed and a nationally recognized campus carry activist.

One group on campus, Mount Holyoke’s Climate Justice Coalition, has organized an “alternative space,” as opposed to a protest, for students upset over Okafor’s talk.

Not to be confused with a safe space, where coloring books, Play-Doh and soft music are often provided, the coalition stated on Facebook that they felt the alternative space was the best way to channel their anger.

Their Facebook page does not address whether they considered simply attending Okafor’s event and considering her arguments.

“We feel that the most productive use of our anger is to hold an alternative space for ourselves and others who have thoughts/concerns related to these topics,” the Climate Justice Coalition stated. “We feel that creating a deliberately separate space for conversation rather than holding a direct act of protest will be a more productive action for us without fueling the messaging of the Right.”

Topics for the alternative event are slated to include:

-The concept of empowerment and “female empowerment”
– The second amendment and gun laws/culture
– Campus rape/sexual harassment culture
– Violence, particularly against people who are not white cis-men

MORE: ‘Safe place’ set aside for those upset at campus talk on transgenderism’s threat to liberty