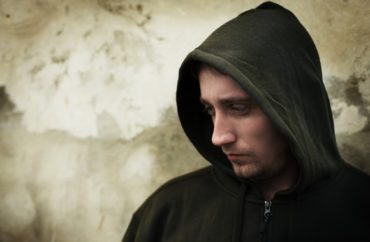 From the first words of psychoanalyst Donald Moss’s journal article “On Having Whiteness,” readers are tipped off that this will not be a normal scholarly article.

“This is not a traditionally organized psychoanalytic text. No clear path links my argument to that of my predecessors,” Moss writes in the April issue of the Journal of the American Psychoanalytic Association, giving browsers fair warning of what is to come.

The thing currently turning the outrage machine on Twitter and other social media is the executive summary. Unlike the rest of the paper, that’s available for free. (You can purchase a 24-hour pass to access this article and related content for $37.50.)

Whiteness is a condition one first acquires and then one has—a malignant, parasitic-like condition to which “white” people have a particular susceptibility. The condition is foundational, generating characteristic ways of being in one’s body, in one’s mind, and in one’s world. Parasitic Whiteness renders its hosts’ appetites voracious, insatiable, and perverse. These deformed appetites particularly target nonwhite peoples. Once established, these appetites are nearly impossible to eliminate. Effective treatment consists of a combination of psychic and social-historical interventions. Such interventions can reasonably aim only to reshape Whiteness’s infiltrated appetites—to reduce their intensity, redistribute their aims, and occasionally turn those aims toward the work of reparation. When remembered and represented, the ravages wreaked by the chronic condition can function either as warning (“never again”) or as temptation (“great again”). Memorialization alone, therefore, is no guarantee against regression. There is not yet a permanent cure.

Many critics are calling the article crazy, based on that summary. Many psychoanalysts are calling it embarrassing. They may have read a bit further.

Philip Pellegrino identifies himself as a “Clinical Psychologist in the Lehigh Valley, PA. Specializing in treating trauma, addiction, anxiety disorders, and mood disorders.” He wrote on Twitter, “How do my colleagues consider this scholarship? Anyone actuality take this seriously?”

How do my colleagues consider this scholarship? Anyone actuality take this seriously? #science #psychology

An anonymous reader who uses the handle Middling Me wrote, “I was skeptical so I looked it up, and yeah this is real and now I want to throw my Psychology degree in the garbage.”

I was skeptical so I looked it up, and yeah this is real and now I want to throw my Psychology degree in the garbage. https://t.co/GOromunXSo

And Dr. Donald Moss, “Dean, College of Integrative Medicine & Health Sciences, Saybrook Univ[ersity],” is making darn sure people don’t pin this one on him.

“My name was misidentified as author of an article in Journal of the American Psychoanalytic Association about the ‘malignant, parasitic-like’ condition of ‘Whiteness.’ I did not author this article and am pleased to see that the publication has issued a correction and an apology,” he wrote in a Tweet.

My name was misidentified as author of an article in Journal of the American Psychoanalytic Association about the “malignant, parasitic-like” condition of “Whiteness.” I did not author this article and am pleased to see that the publication has issued a correction and an apology.

The Donald Moss who actually wrote this is identified as “Faculty, New York Psychoanalytic Institute; co-founder of the Green Gang, a four-person collective working with climate change denial and the relation between the human and the natural worlds; Chair, Program Committee, American Psychoanalytic Association.”

The last of which funds the journal that published the article.

This is not new ground for Moss to cover.

In January of 2020, The College Fix previewed a presentation Moss was giving in New York where he would “discuss whiteness as a condition one first acquires and then one has–a malignant, parasitic-like condition to which ‘white’ people have a particular susceptibility.”

Moss had given versions of that talk in different venues. With the publication of it in article form, he has finally hit outrage pay dirt.

More economical readers may be wondering, “How is the rest of the article?” In the interest of a fuller understanding of this unique work, The College Fix hereby offers three paragraph-long excerpts, from pages 3, 7, and 12 of this 17-page tour de something:

Our merely unruly sexualities may exert a constant pressure to erotize the bodies and beings of strangers, transgressively aiming to defy the wall, to integrate those bodies and beings, to take them in. But the rogue sexualities of Parasitic Whiteness add to that. They negatively erotize nonwhite bodies and beings. These objects, now marked, are wanted still, but wanted not to be taken in but simply to be taken, not to be loved but to be hated. Holding these objects in place, inflicting pain on them—this sadism becomes the exquisite and economical solution to any apparent conflict between wanting and hating. Parasitic Whiteness further demeans its nonwhite bodies and beings by way of a naturalizing system of naming and classification. Once it has mapped and transformed its nonwhite objects into such a fixed taxonomical category, the rogue sexuality of Parasitic Whiteness can expand its aim. It permanently maps them as external/away, and from there, wherever that is, these objects are available for limitless use—limitless labor, of limitless kind.

For two years, when we were three and four, Bobby was my best friend. Bobby had a speech impediment due to a severe cleft palate. I was the only kid on the block who could understand him when he spoke. I loved Bobby. When school started, though, I went to a regular school while Bobby was sent to one for disabled kids. That was the end of the friendship. We never spoke again.

Mr. A.’s entire orientation to the world is vertical. I can practically feel the sweat pouring out of him as he desperately tries to hold on to his place on his subject/object world’s sheer vertical wall. The racial epithet bluntly marks and maps that sheer verticality. It establishes a bottom, a floor, below which, under no circumstances, might Mr. A. follow. Mr. A. can fall only so far, can lose only so much, can be only so out of control. Mr. A. maps the pejorative object beyond his limits; this object houses everything that Mr. A. cannot bear to house. Listen to the intimacy, the certainty in his voice—the absolute conviction that he knows, beyond any doubt, the essential and particular characteristics of everyone on the map. Mr. A. does no work; the map does it all. Verticality is omniscient—no questions, only answers.